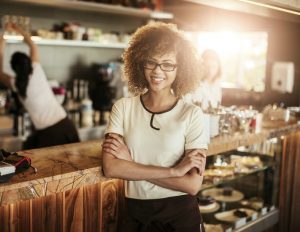 With these challenges in mind, JPMorgan Chase has announced a $75 million commitment over the next three years, to connect underserved small businesses with capital. This initiative is targeted at technical solutions and support networks, to help them grow and succeed.

“Recent research from ICIC shows small businesses are more likely to hire from distressed neighborhoods where unemployment is high, reinforcing that small businesses are critical for employment,â€ said Janis Bowdler, head of Small Business Initiatives, Global Philanthropy at JPMorgan Chase, in a released statement. “Increasing access to capital to underrepresented small businesses is vital to economic growth and the communities they serve. Small Business Forward will support a wide, diverse base of entrepreneurs, so that economic growth is shared by all,â€ she added.

Developed by JPMorgan Chase, Small Business Forward is a global initiative that supports small businesses with the potential to grow and provide jobs in their communities. To help facilitate access to flexible capital, JPMorgan Chase is awarding the Association for Enterprise Opportunity a $1.9 million grant to support the advancement of AEO’s technology enabled referral platform that connects small businesses with trusted community development financial institutions (CDFIs), when they are unable to qualify for traditional loans.

JPMorgan Chase is also extending its partnership with nonprofit lender LiftFund with a $4.6 million grant for its new LiftUP Initiative,Â  an initiative designed to increase economic opportunity for diverse small businesses in Dallas, Houston, San Antonio, New Orleans, Atlanta, and Austin,T.X. The loan fund will offer faster, cheaper loans to small business owners through a new web-based program, which will reduce approval time from an average of five weeks to four days.

“For a small business owner, quicker access to capital remains one of the top concerns, and we have developed a program in response to this need,â€ said Janie Barrera, LiftFund president and CEO, in a released statement. “With JPMorgan Chase’s support, LiftFund will address an enormous barrier for underserved small businesses, and, in turn, increase the potential for these businesses to grow, offer employment, and generate more economic opportunity in our communities.â€

What’s more, the financial institution provided $8 million in seed and capital grants, to help launch the National African American Small Business Loan Fund with VEDC, along with $3.5 million for the creation of the Entrepreneurs of Color Fund with the Detroit Development Fund. Both funds provide flexible capital and dedicated technical assistance to diverse entrepreneurs. In the first six months, the two funds reportedly provided over $3.7 million in loans to 35 business owners and helped create (or preserve) 213 jobs.

JPMorgan Chase is seeding innovative, new funds with trusted CDFI partners to build on the firm’s work to increase capital access for minority-owned small businesses in New York, Los Angeles, Chicago, and Detroit–markets with the highest number of minority-owned small businesses. The goal is to take the lessons learned from programs like the Entrepreneurs of Color Fund and replicate these programs in other markets.

Tools and resources that make high-growth companies successful are not always available to businesses in underserved neighborhoods. According to a press statement, entrepreneurs of color, immigrants, women, and veterans consistently have difficulty accessing the resources needed to start and grow a business, especially in high-growth sectors like tech, health, and bioscience.

With a $500,000 grant from JPMorgan Chase, the University of Washington’s Ascend 20/20 program will support inner city-basedÂ  and minority-owned businesses in Atlanta, Chicago, Washington, D.C., Los Angeles, San Francisco, and Seattle by linking together business schools, business organizations, and CDFIs.