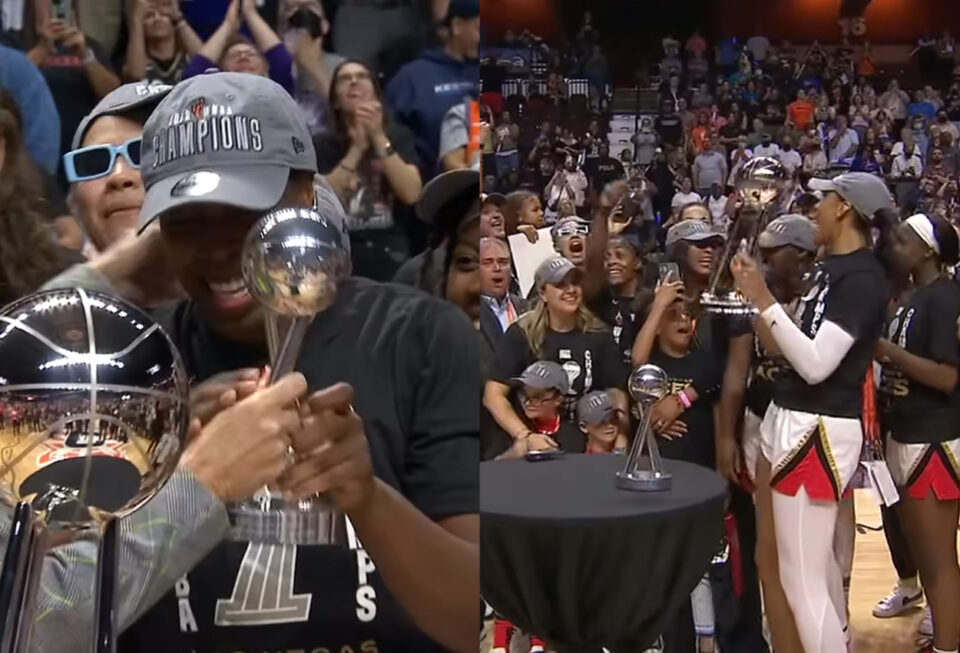 According to the WNBA, the Las Vegas Aces is the first franchise from Las Vegas to win a professional sports title for the city.

The Aces beat the Connecticut Sun in their arena on Sunday. The Most Valuable Player Award was given to Chelsea Gray who put up 20 points in the 78-71 clinching win in Game 4.

Aces head coach Becky Hammon became the first person in WNBA history to make the Finals as a player (2008 with San Antonio) and as a coach (2022 with Las Vegas). Hammon, hired in December 2021, became the first head coach to win the championship in her first year.

“Just really happy for the girls overall. They stayed focused. This has been the goal since training camp,” said Hammon.

“Luckily, I got a group of really resilient players, and you know, I said it out there, but probably the biggest thing I’m proud of is just how they have come together over the course of the past five, six months to really become a team. And you saw different people step up at different moments tonight, and that’s what makes us difficult to beat.”

No doubt, the team brought their A game, but the MVP was on fire for the whole playoff season. In the 10 games leading up to the WNBA title, Gray averaged 21.7 points while dishing out seven assists per game. She also shot an astounding 61.1% from the field and 54.4% from three-point range.

No WNBA player has been more effective on the floor than Gray. She shot a league-high playoff-effective field goal percentage of 71.9% this year. She is the first player to shoot above 70% after the regular season (minimum of 100 shots in a single postseason(.

Gray spoke about the disappointment of not winning it all last year.

“It hurt so much because it was the little things that made us lose,” said Gray. “It wasn’t like the big picture. We had a squad. We were ready for the moment. It’s just the little things that hurt us–defensive possession, turnovers. I replayed the turnover that I had in the fourth quarter that changed the game. I could have got a shot up.”

“That replays in my head when I come back in those moments, and now I’ll just have a different replay in my head. It was a tough moment, but it built character, and it built for next year. It was setting something up for the following year.”