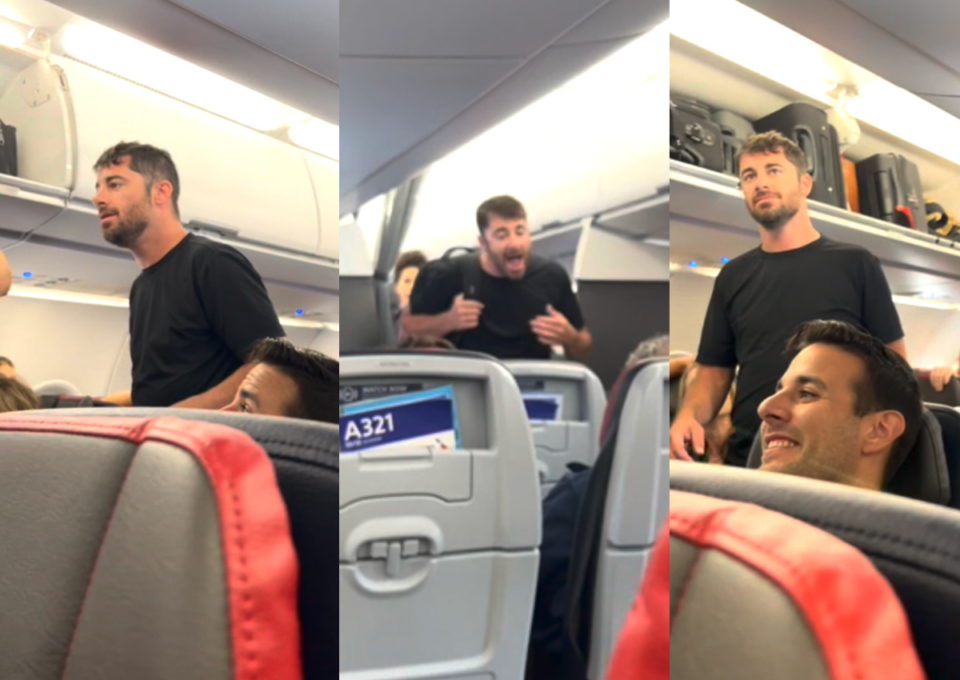 A self-proclaimed chemical engineer has now been fired after a video of his racist and homophobic drunk rant went viral as he was getting kicked off an American Airlines flight, but not before announcing that he was intoxicated and worked at global biopharma company GlaxoSmithKline.

The person recording the video, initially posted on Reddit under the “r/americanairlines” subreddit, explains that they “didn’t manage to start recording early enough to catch his copious usage of the N-word towards the flight attendants, but it was over and over, and very loud!”

According to the post, Easterly was initially booted off the plane for being “inappropriate towards the woman in the seat next to him.”

While stewardesses asked him to collect his belongings, he admitted he was racist because he owns a black bag.

“Obvious I’m a white male that take the black bag ‘cause I’m racist,” he’s heard exclaiming as there are audible groans of disgust from the passengers.

“You’re kicking me off the f—ing plane ‘cause I’m racist. I didn’t do anything. Yeah I’m a little intoxicated but I…” he trails off. “It’s a better bag than most of y’all can afford.”

A flight attendant then finally secures the man’s bag, which prompts him to begin going off on the passengers themselves as he gets nowhere asking why he’s getting kicked off and for a complimentary flight.

He then proceeds to announce to the entire flight how he works for GlaxoSmithKline and boasts about being a chemical engineer to one of the top companies in the world.

Per a statement by GSK, he was terminated as soon as the video made it onto their radar. “We immediately conducted an investigation and as of Thursday, he is no longer employed at GSK. The person’s remarks were reprehensible and do not reflect our company culture.”

On Wednesday, GSK was notified of an incident involving an employee on a flight to Dallas. We immediately conducted an investigation and as of Thursday, he is no longer employed at GSK. The person’s behavior was reprehensible and does not reflect our company culture.