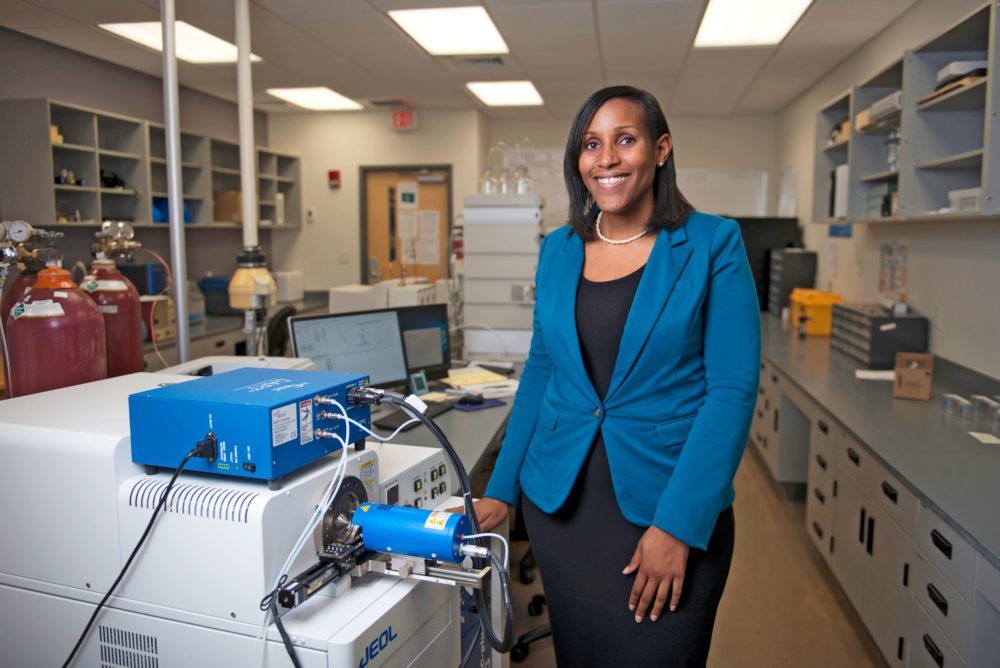 Chemist and University of Central Florida professor Candice Bridge just received a $354,000 grant to fund her forensics research which explores the use of lubricant evidence in sexual assault cases.

This is the second grant Bridge has received; the first was in 2016. With the funds, she is creating a publicly accessible database for forensics teams to analyze evidence from sexual crime scenes involving lubricants (such as ones used in condoms).

Her goal is to create a database with DNA results that sexual assault kits often miss.

According to a press release on the matter, Bridge’s research is also important because:

DNA evidence can remain viable for 40 years when stored correctly, but other evidence doesn’t and must be analyzed quickly. A victim’s own biological excretions can change the chemical composition of lubricants which must be determined. Additionally, many body lotions even have some of the same components as lubricants that may be associated with sexual assault and thus she will evaluate how to differentiate lotions from sexual lubricants.

“I got the idea looking at lubricants at my last job,” Bridge told BLACK ENTERPRISE in a 2016 interview. She previously worked for the National Research Center of the Bureau of Alcohol, Tobacco, and Firearms researching explosive evidence and fire debris.

She said at the time that based on chemical analysis, investigators can tell whether a fire involves gasoline, charcoal, or other substances.

“I wondered if there was a way to come up with a characterization scheme for unknown lubricants.” She went on to explain that with such analysis, if an assailant left a condom, or even traces of a condom, or some other lubricated object at the crime scene, a characterization scene would help tie the right suspect to the victim, based on scientific evidence–especially in cases where there is a lack of DNA evidence.

Bridge has an American Chemical Society Certified B.S. degree in chemistry from Howard University, and a Ph.D. in analytical chemistry with a focus on forensic science from the University of Central Florida.