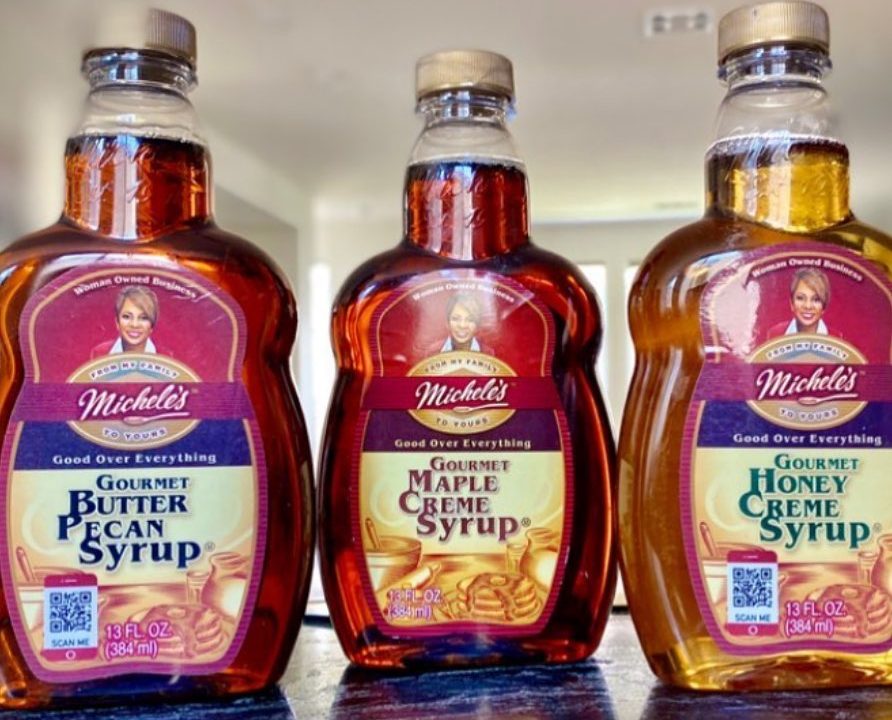 In wake of the nationwide protests to end racial injustice, consumers have been taking major corporations to task and pressuring them to speak out against systemic racism. Recently, Quaker Oats’s Aunt Jemima brand announced it will be rebranding after calls to remove the image of Aunt Jemima, who is tied to racist stereotypes and an actual enslaved black woman, from its packaging. The outrage has also helped to boost the sales of a black-owned syrup company in Chicago.

Michele Hoskins is the owner of Michele’s Foods, which specializes in breakfast condiments and food. It. The family recipe for her signature syrup was passed from her great-grandmother and was given to her when she got married so she could share it with her family. “She was a slave who worked as a cook on a plantation,” Hoskins said in an interview with the Chicago Tribune. “The family she worked for did not like molasses. So she came up with this concoction of honey, churned butter, and cream. It was delicious.”

She took her passion for breakfast food to start her company and has been selling her branded syrup in addition to other products for 30 years across 8,000 stores across the country. Once the controversy around Aunt Jemima products started to pick up steam, Hoskins was suddenly overwhelmed with a spike in orders from consumers wanting to switch to a Black-owned brand.

“I was shocked,” Hoskins explained. “It just changed my company, it changed my life. It made the 35 years worth the perseverance. I was just going to sit here and to hope that I can grow this brand enough where the legacy means something.”

While her syrup has now become a viral sensation due to calls to move away from purchasing the classic name brand, Hoskins still wants to stay true to her own brand. “I’m not going to take Aunt Jemima’s place. No one ever can, because she’s a different brand from a different era,” she said. “But if you’re looking for a minority company that sells in that category, I’m that. I think we should have the same opportunity as everyone else because we persevered.”

If you don’t know,Now you know! Michele’s Honey Creme Over Popeyes Biscuits!!!🔥🔥🔥