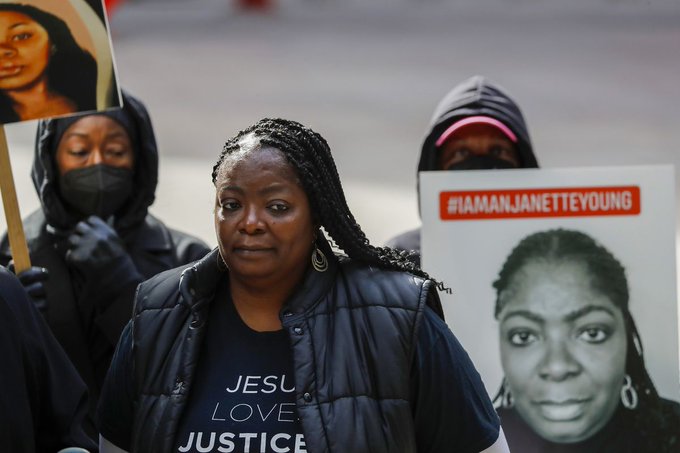 On Monday, the Chicago City Council’s Finance Committee unanimously approved a $2.9 million settlement to Anjanette Young for the botched police raid that took place while she was naked inside her home, Chicago Tribune reported.

In February 2019, 13 police officers responded to a bad tip that a man with an illegal firearm lived in Young’s home. The cops burst into Young’s apartment and restrained her while she was naked and getting ready for bed.

The officers forced Young to stand naked and handcuffed while they searched her residence. The police admitted that Young was completely naked for 16 seconds before they draped a jacket and then a blanket around her shoulders.

Young was covered or partially covered for 12 minutes before an officer brought her to the bathroom to get fully dressed.

“And a jury could find that one second was too long. Two seconds was too long. Three seconds, four, five, six, seven, eight, nine, ten, eleven, twelve, thirteen, fourteen, fifteen, sixteen, of which she stood in a complete state of undress,” Meza added.

Bodycam footage of the botched raid was released in December 2020, CNN reported. But Young still called out Mayor Lori Lightfoot for seemingly not sticking to her promise to make things “whole.”

“I absolutely feel betrayed by the mayor,” Young said in June regarding a meeting she had with the Mayor six months prior. “And yet here we are almost six months later, and she’s threatening to dismiss this case,” Young added.

Backlash over the botched raid resulted in the Chicago Police Department changing its raid policy. Now, raids will require someone of lieutenant rank or above to be at the scene when the warrant is executed and for each member of the team serving the warrant to wear body cameras. A female member of the department must also be present during the service of the warrant.

“I think it’s a good thing this matter is resolved,” Lightfoot said.