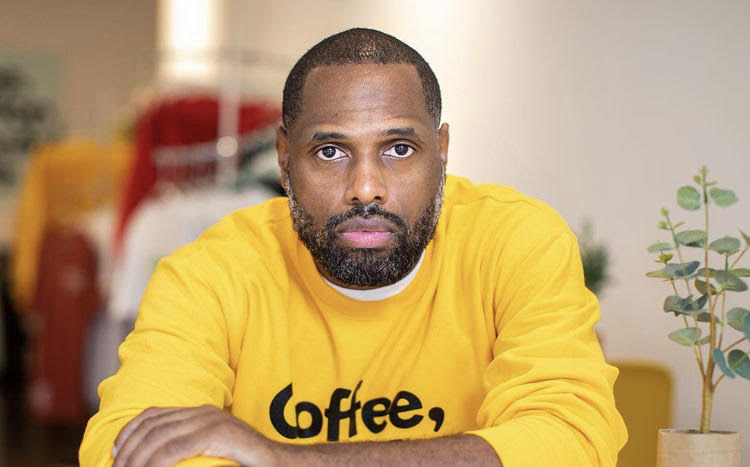 A Black coffee store owner in Chicago is striving to normalize therapy one drink at a time.

Christopher LeMark founded “Coffee, Hip-Hop and Mental Health”—a coffee shop where every hip-hop-inspired drink helps fund free therapy sessions for others in need—after being abandoned and abused for a span of 12 years, NBC News reported.

LeMar, who didn’t know either of his parents, struggled with “a lot of complications,” including “physical, mental and emotional abuse” for 30 years of his life.

In 2018, he was forced to face the trauma when he “started crying uncontrollably” in a Starbucks on Chicago’s Southside.

“I just couldn’t stop…So I went to therapy,” LeMark told TODAY’s Carson Daly. “After some challenging sessions, my therapist sat up in his seat and he said ‘It wasn’t your fault you were abused.’ And now, for the first time, I heard it. I had been feeling like it was my fault, because that’s what happens. It’s so much shame that comes with being abused.”

While working through his healing process, which he considers a “marathon,” the hip-hop artist decided to help others do the same. LeMark went home and wrote down three phrases that symbolized healing to him: “coffee,” “mental health” and “hip-hop.”

“I wrote down ‘coffee’ because of the mental and emotional breakdown happened inside of a coffee shop,” LeMark said. “Hip-hop saved my life from committing suicide. I always had a chance to write. It was my first form of therapy. And ‘mental health,’ because in my community we’re taught to survive and we weren’t talking about it, so I wanted to normalize this conversation.”

LeMark said he initially wanted to sell enough coffee and merchandise to send 250 people to therapy.

Faith Overall, a public school teacher, was among the first helped by the program. She said if she had to pay out-of-pocket for therapy, she’d likely skip out on the service because “we’re kind of condition to provide the roof over our heads instead.”

“And so having access to free therapy gave me the opportunity to actually get to what I needed to get to,” she said.

While he’s helping others heal, LeMark has also found understanding about his own life experiences.

“You know, I spent a whole lifetime saying ‘Why me, why me? Why did Mom abandon me?’ And then it all hit,” he said. “This is why, because I was going to be used to build a platform so people can get some help. And when you think about here in Chicago, it’s such a divide when it comes to having the resources, which is why we took a risk to open up this amazing coffee shop so we can say ‘We’re going to step out and we’re going to pay for people to get some help, because healing is a marathon.’”

“People don’t come here just for a cup of coffee,” LeMark said about “Coffee, Hip Hop and Mental Health.” “They come here because of the therapeutic transaction.”