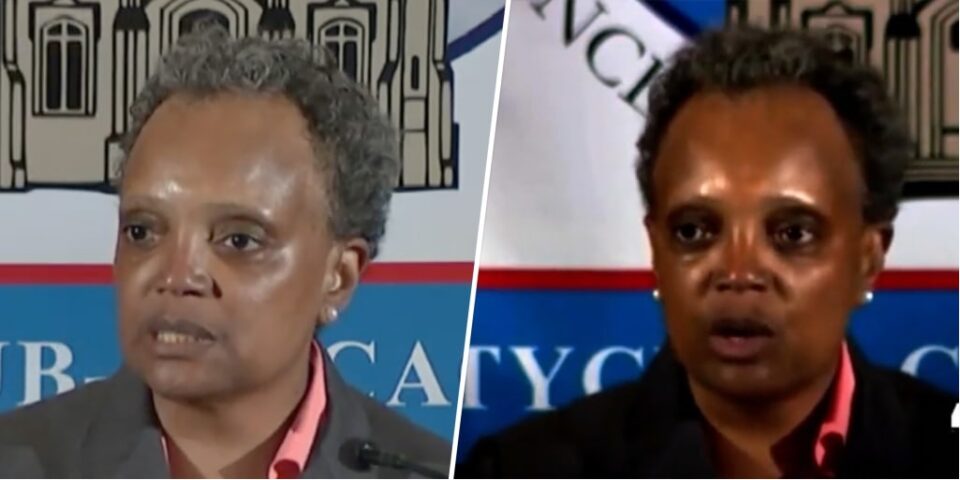 Chicago Mayor Lori Lightfoot blasted a conservative Super PAC over an attack ad against Democratic Gov. J.B. Pritzker, accusing the group of darkening her skin and creating a negative image of Black Chicago.

NBC News reports the ad was run by the People Who Play By The Rules super PAC, which is largely funded by billionaire Richard Uihlein, who has given more than $20 million to the PAC this year and is supporting Pritzker’s Republican opponent for Illinois governor, Darren Bailey.

The advertisement begins with Lightfoot at a speech she made to the City Club of Chicago, saying, “This will be the summer of joy in Chicago.” The ad then cuts to sounds of gunshots and screams and scenes of people shooting in the streets as the words “Chicago violence is coming to the suburbs” appear on the screen.

Lightfoot’s skin in the ad is noticeably darker than when she gave the speech in April, and she did not take it lightly.

“News flash. I’m Black and I’m proud. Everyone knows it. No need to use cheap tricks to darken my skin and try to scare voters with false narratives about Chicago,” Lightfoot, 60, told NBC News in a statement.

“Their contention is completely untrue and patently absurd. We did nothing to her pigmentation just as we did nothing to [the] pigmentation of our pasty blowhard of a governor. The video of Lightfoot was pulled from the web from her City Club speech,” Proft said in a statement.