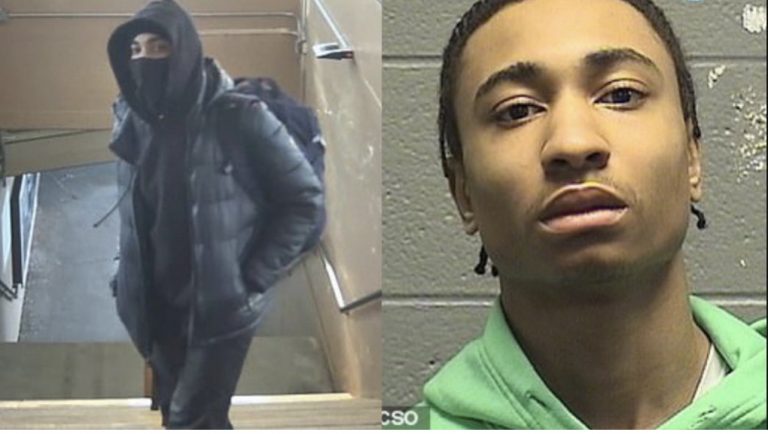 A Chicago college student was forced to turn himself in to authorities after his mother recognized him as the suspect who robbed a train conductor.

Loyola University Chicago student Zion Brown, 18, was charged with armed robbery after being turned into police by his own mother, who recognized him through the surveillance images of the daytime robbery, Daily Mail reported.

Metra police said the robbery happened at 2.07 p.m. last Tuesday as a train was arriving at the Van Buren Street Station in downtown Chicago. As the train came into the station, Brown, according to authorities, produced a gun and announced a robbery before demanding cash, authorities said.

Surveillance shows the conductor with his arms raised as the gunman put the weapon away and dashed off. The teen made off with $110 from the armed robbery.

Brown fled the scene and was on the run until his mother recognized her son as the suspect seen on the widely-spread news coverage. Brown’s mother drove him to the Calumet City police department to surrender himself.

The teen told police he robbed the conductor because he was hungry and wanted a snack before class. Cook County Judge Maryam Ahmad ordered Brown held without bail after hearing his excuse for the attack, The New York Post reported.

Brown, who had no prior criminal record, claimed that the weapon he displayed during the robbery was actually a BB gun that he threw into a dumpster in an alley afterward.

The college freshman was expecting to graduate in 2025. However, it’s not clear if his recent arrest will keep him as a student in good standing.

While not condoning the robbery, Cardi B took to Twitter to offer some sympathy to the suspect, saying: