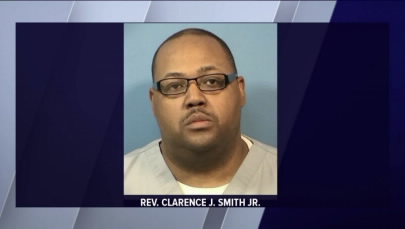 The business of faith can be a very lucrative business. While some question it’s relevancy in today’s society, black mega churches are still raking in high earnings from their congregations. The massive inflow of cash can lead some pastors to do questionable things to make personal profits.

This was the case for one Chicago-based pastor is being accused of stealing nearly $1 million dollars from his church’s food program designated for needy children to line his own pockets and wild splurges – one of being a brand new luxury car.

According to federal prosecutors on the case, Rev. Clarence Smith Jr., who led New Life Impact Church for many years, was indicted on fraud charges for taking more than $900,000 from the federally funded Child and Adult Care food program through the Illinois State Board of Education.

Instead of providing food to needy children, Smith was inflating the number of meals he served to charge the city and state thousands of dollars, falsifying reports to the sponsor to continue receiving funding. He would deposit the checks into the church’s bank account and then allegedly withdraw money via debit cards or checks on purchases. It was discovered that the pastor used the funds to pay off his personal expenses and give himself lavish presents. The Chicago Tribune has reported that one of those gifts was a $142,000 2015 Bentley luxury sedan.

Smith is no stranger to financial run-ins with law enforcement as the investigation has revealed the pastor’s long, weary history of legal battles due to poor financial decisions. In 2012, he filed for personal bankruptcy four times according to his court records. Two food suppliers sued Smith for defaulting on their contracts. He also pleaded guilty to forging signatures to swindle an elderly man out of $100,000.

Officials, as of now, have not apprehended Smith.

The article was written by Dana Givens for Black Enterprise.