Chicago Police Say No Arrests Have Been Made in Hit-and-Run That Killed 3, Left 1 Injured 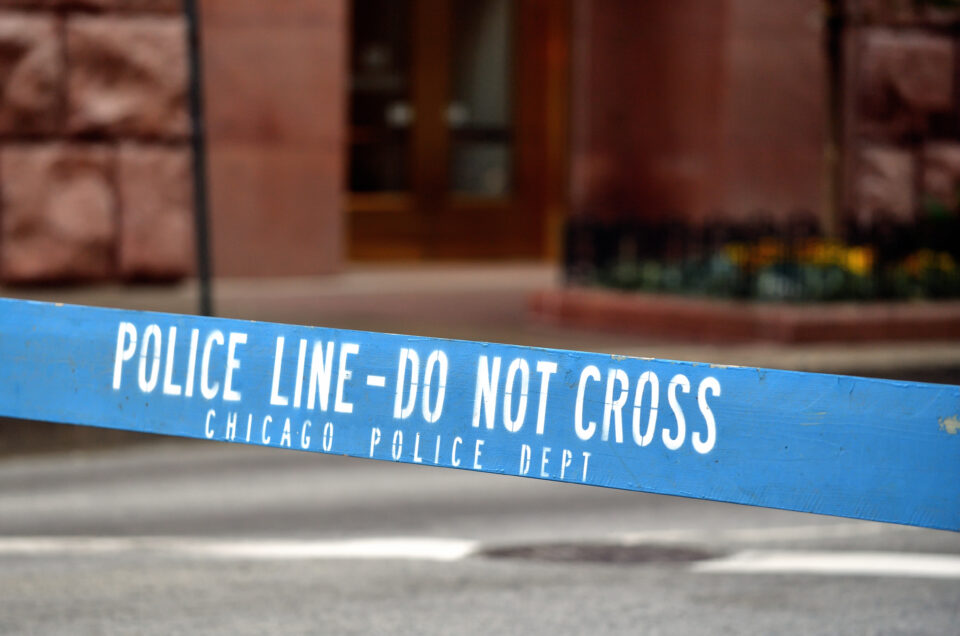 Sunday morning a hit-and-run collision occurred in a predominantly LGBTQ+ area of Chicago’s South Shore neighborhood, claiming the lives of three and injuring another, according to FOX 32.

Police say at approximately 5 a.m., a sedan intentionally sped up and ran over four men on the street on the 7000 block of S. Jeffery.

Three of the victims were transported to University of Chicago Medical Center only to be pronounced dead. The fourth man was reportedly taken to Stroger Hospital and is in stable condition.

An uncensored dash cam video of the crash has made rounds on social media, depticing a car slamming into the group of men on the street who were seemingly in the middle of a fight, at a high rate of speed. The victims are seen landing further down the street and shoes appeared scattered after the car zoomed past and fled the scene.

According to someone familiar with the victims, the men were identified as Rayhunna Kennedy, Dondon Flex, and Cãrlëe J. McKinney in a Facebook post.

LGBTQ+ Chicago newspaper Windy City Times reports that a candlelight vigil and balloon release will be held at The Jeffery Pub, where the incident took place, at 7:30 p.m., listing the victims as RayHunna Ross Kennedy and Don Khali.

The Jeffery Pub, a known Black gay bar, posted a statement on Facebook about the incident:

“Good Morning community. A very unfortunate tragic event occurred early this morning after closing. A small group of people were in the street and an unidentified vehicle drove past at a very high rate of speed injuring several people and some deceased. Our hearts heavy this morning that such tragic event has occurred. And to those that lost a loved one or friend we stand with you. We always encourage everyone to leave and go to your vehicles right away to make it home safe. And tonight this happened. If anyone has any information to assist in finding out who did this please contact us immediately and you will remain anonymous.” 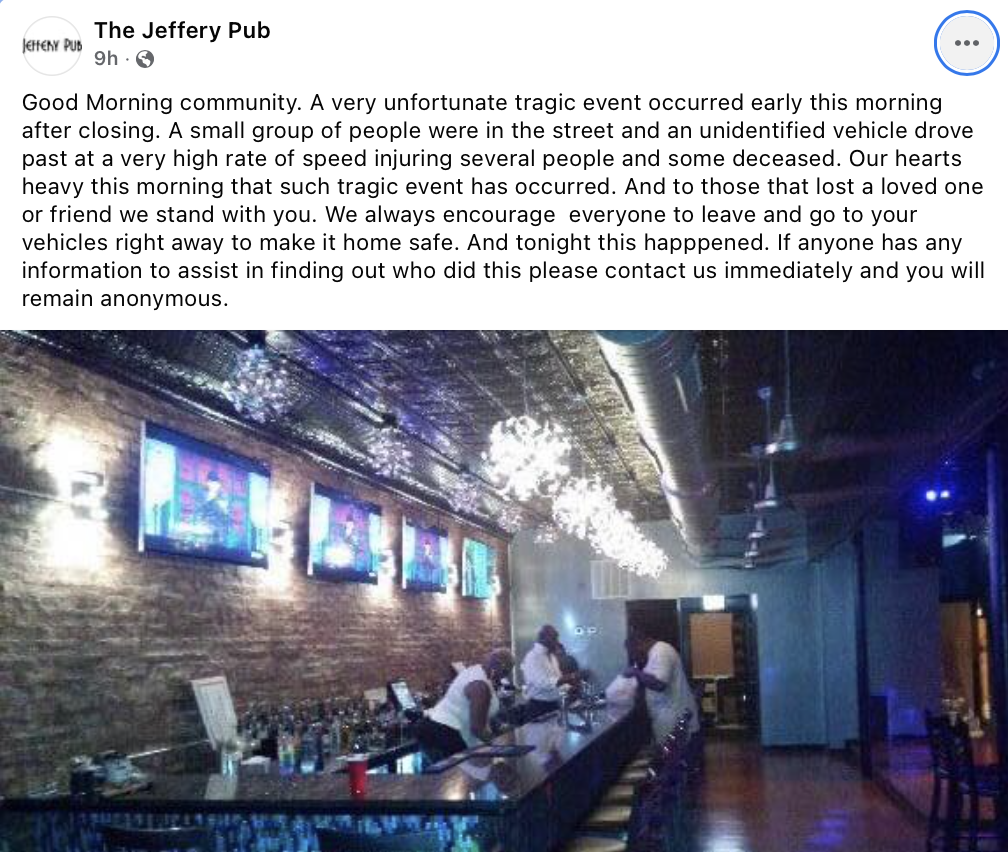 Per Chicago authorities, no arrests have been made and the crash is under investigation.