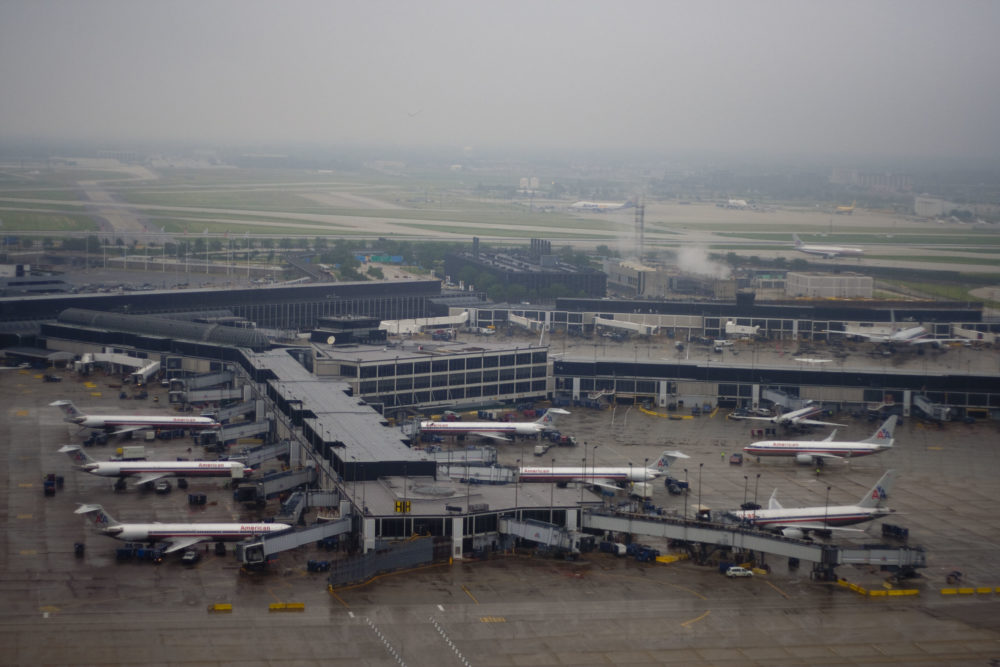 For two years now, Chicago Mayor Rahm Emmanuel has pushed a plan to issue $8.5 billion in bonds to bankroll the O’Hare International Airport renovation and expansion, and for two years, city councilors have tried to stall those plans.

In what the Sun-Times described as “a rare show of force,” Black, Latino and Progressive White Caucuses merged in August 2016, to form a coalition that voted to block Mayor Emanuel’s plan “amid concerns about minority participation” in contracts and jobs the city would issue. A month later in September, the councilors would come just a vote shy of blocking the $3.5 billion O’Hare Airport bond issue Mayor Emmanuel had requested. The efforts might have failed but the councilors had sent a message to City Hall.

In a city that is roughly 66% African American and Latino, councilors are demanding that minorities get a fair share of the jobs and contracts in the airport expansion projects. Together with the Hispanic Caucus, the Black Caucus now has the 29 votes needed to block another $4 billion issue needed to get the O’Hare expansion started.

“We want to make sure this process is truly fair, and we’re not getting shafted or inundated with promises and nothing fulfilled . . . We want more than just promises. We want something that’s enforceable,” Alderman Roderick Sawyer (6th Ward) told the Sun-Times.

Of the nearly $1 billion in airport contracts issued in 2016, 35% of women and minorities participated in the bidding process but according to the Sun-Times, only 13% of those contracts were actually awarded to African American-owned companies and only 9% went to Hispanic firms. Chicago has a “set-aside” program that ensures 25% of total contracts awarded by the city goes to minority-owned companies—similar to what Maynard Jackson did in Atlanta when he was elected.

Sawyer said the group’s goal is to “make sure the numbers they’re talking about are floors — not ceilings.”

“If they’re talking about 30%, we want the numbers to bust out of that . . . We want to make new millionaires. This is an opportunity to get more people in the craft trades, construction business, professional services, engineering, lawyers, bond underwriting. Everybody can do well when you’re spending this kind of money,” Sawyer said.

In the summer of 2016, Mayor Emmanuel stood in front of the O’Hare International Airport to announce that city’s major airlines have all agreed to build nine new gates in a dramatic expansion of the airport.

O’Hare had recently fallen to third place, behind Los Angeles International Airport and Atlanta’s Hartsfield-Jackson International Airport as the nation’s busiest airport. More gates are needed to improve on-time performance at O’Hare, as the airport also continues to struggle with some of the longest flight delays among major airports. Among other improvements, the plan would add three million square feet of terminal space, dozens of new gates, and a cutting-edge “global alliance hub.”

The expansion was to be in two phases: the first will see eight gates added to the 25 available at Terminal 5. Another will see the 55-year old Terminal 2 demolished and reconstructed. It will make way for a new “Global Terminal” with wider concourses and gates to accommodate larger aircrafts that embark on international flights—at a cost of $8.5 billion. Terminals 1 and 3 will also be renovated.

“There’s no debate—it’s time to start planning for the future of O’Hare. While the old antique charm may work at Wrigley Field, it’s not quite the same at an airport,” Doug Parker, CEO of American Airlines said at the time.

But when the city officially unveiled its expansion plans last week, American Airlines voiced opposition to the deal, alleging that its rival, United Airlines had cut a secret deal to get five of the eight new gates expected to be added to the new Terminal 2.

“I don’t want us to be deflected by the gate issue. I don’t want that to be the end-all, be-all. The real important issue is the teams they’re going to be picking, the complexity of those teams, and how it’s going to benefit the black community and the Latino community,” Sawyer said.