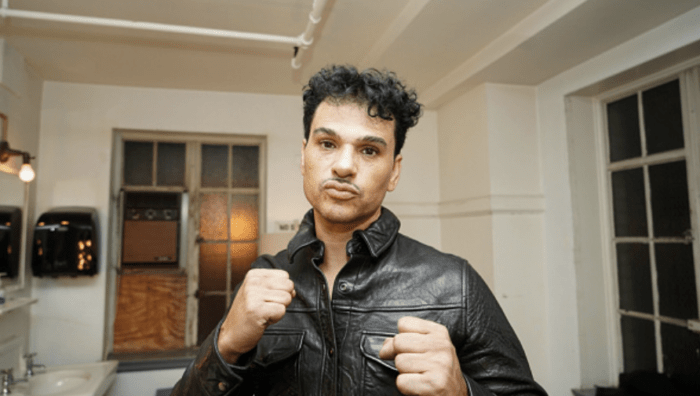 Chico DeBarge‘s documented history with addiction seems to continue, as the singer was recently arrested for possession of a controlled substance and possession of drug paraphernalia.

According to TMZ, authorities were alerted about a man “causing a disturbance” in a mobile home on Nov. 6. Upon arrival at the undisclosed location, they noted that the RV’s tag had expired six months ago, and proceeded to search the vehicle as part of the impound process.

That’s when the officers report discovering methamphetamines and drug paraphernalia in the vehicle, where DeBarge has been living. He was arrested, but later released on his own recognizance and issued a promise to appear citation.

The second youngest boy of the musical family who rose to prominence in the 80s, DeBarge has been open about his past issues with drugs. He got clean in the mid 90s during a five-year prison sentence for trafficking. But in 2003, the singer was stabbed and later became dependent on painkillers, according to mlive.com.

In a conversation with the outlet about his 2009 album, Addiction, DeBarge shared that he chose to open up about his own struggles in hopes of helping anyone else dealing with a similar battle.

“If you have a drug problem, or a gambling problem, or a food addiction, (the album’s) for you,” he offered. “It’s also for the people in relationship to the addict. I know what I went through with my family, and I know what my mama goes through, too.”

This is the second time this year that DeBarge has been arrested for drugs. On Jan. 13, he was arrested after pulling over in a vehicle with no headlines or license plate in Burbank. He proceeded to tell authorities that he was his older brother James DeBarge, and was charged with false impersonation, DUI and drug possession after authorities found methamphetamines and heroin while searching him.

In 2019, DeBarge was arrested while breaking into his own SUV in the parking lot of a Walmart after police found meth in his pockets and paraphernalia inside the car.