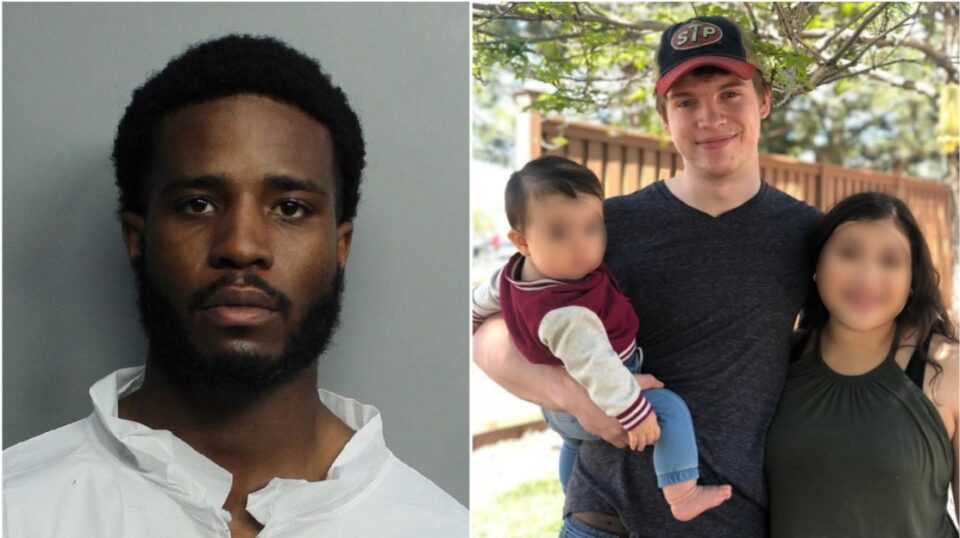 A man high on drugs fatally shot a Florida tourist as he was holding and protecting his baby.

According to police, Tamarius Blair Davis, 22, of Norcross, Georgia, told investigators he shot Dustin Wakefield, 21, because he “was high on mushrooms.”

Wakefield, was visiting Miami and eating at South Beach restaurant. He was holding his 1-year-old son in his arms when the gunman approached.

Another witness said, “Dustin stood up between the gunman and the baby and he shot him. He shot him multiple times on the ground.” Then in a viral video, it appears that Davis dances over Wakefield’s body after shooting him.

Chilling: This shows an armed man dancing just after the murder victim was shot at La Ceveceria restaurant on Ocean Dr. @wsvn pic.twitter.com/w4fuEMr46F

Wakefield is described as “the best dad ever,” by his mom, Lora Wakefield.

She said, “He’s a proud dad. When his son grows up and hears about this, he’s going to forever love his dad — no matter if he’s there or not.”

In tears, Lora Wakefield, described her son who was visiting from Colorado with his wife, his 1-year-old son and extended relatives .

The gunman randomly shot him at an outdoor café at 14th Street and Ocean Drive.

Wakefield’s mom says. It is “a life lost. A son, husband and father gone. And a family shattered.”

According to a police report, Davis told authorities the mushrooms made him feel empowered.

Meanwhile, Tommy Davis, the suspect’s father, told The Associated Press that his son had traveled to Miami Beach with some of his friends. He said “his son has never been in trouble or had mental health issues.” No arrest record for the younger Davis could be found.

“This is an unlikely thing,” the senior Davis said. ‘We are trying to find out what happened. You can imagine we were shocked.”

Davis is being charged with murder and is being held without bond at the Miami-Dade County Jail. Jail records do not indicate if he has an attorney.