China Reopens Wet Markets, the Suspected Cause of COVID-19 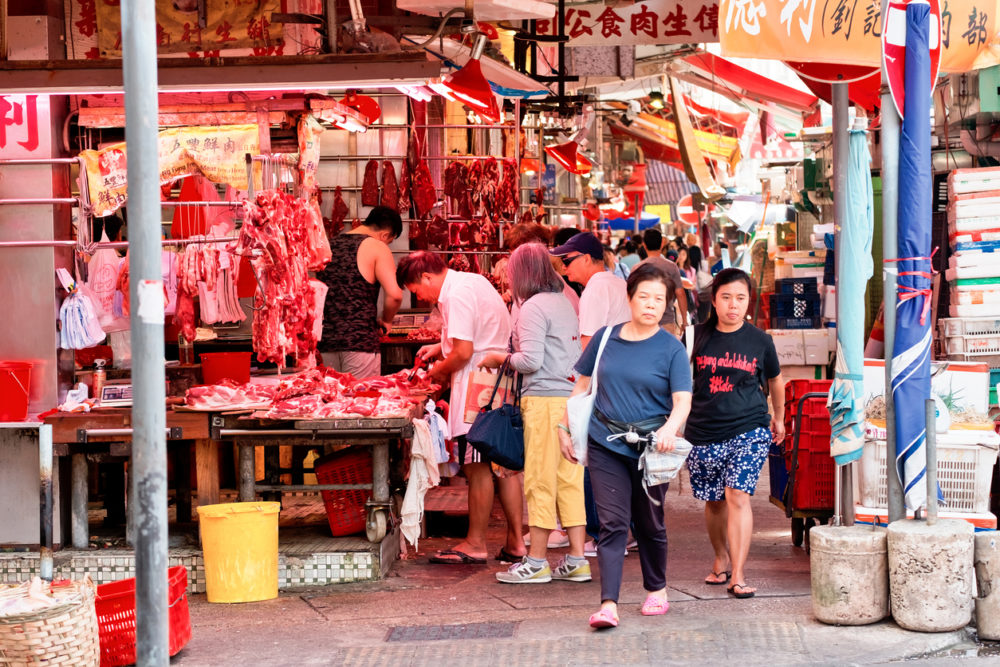 Yaumatei, Hong Kong - Streetside butcher cut up meat for sale at one of the largest food markets in Hong Kong. (iStock/estherpoonO

China recently declared victory in its fight against the coronavirus and has reopened its wet food markets that sell produce, seafood, and meats, including live animals more exotic fare—to the U.S. palate—like bats, dogs, and cats. No new or additional sanitation or operating changes have been announced.

According to the Daily Caller, wet markets, suspected as the place where the virus could have infected humans,  were shut down in January after it was discovered the coronavirus in Wuhan, China—believed to be the origin of the outbreak. The market where the outbreak originated is just one of the markets that have reopened this week.

Wet markets are places of commerce that sell live animals and seafood. Reportedly, animals are in stacked cages with little to no sanitary oversight and many feel that now that China believes it’s recovered from the outbreak, it’s back to business as usual.

“The markets have gone back to operating in exactly the same way as they did before coronavirus,” said a Daily Mail correspondent who observed the markets reopening in Dongguan. “The only difference is that security guards try to stop anyone taking pictures, which would never have happened before.”

CNBC host Jim Cramer posted a video on Twitter of live scorpions for sale at a Chinese wet market.

“I want to revenge shop,” an excited customer at one of Wuhan’s major shopping streets told Fox Business Tuesday.

China has more than 8,200 cases of the virus and 3,305 deaths. However, those figures are under increased scrutiny due to the country initially hiding the outbreak from the world. The National Review has identified dozens of instances in which China was less than truthful to the world about the virus in its borders.

Many countries are still dealing with the outbreak, including Italy, where the outbreak has gotten so bad multiple politicians have been cursing and yelling in addresses while urging people to stay home. In America, the virus has infected more than 174,000 people and Dr. Anthony Fauci, the director of the National Institute of Allergy and Infectious Diseases estimates 200,000 citizens could die.

Hotspots of the virus in New York, California, and Washington have led to makeshift hospitals being built. Governors across the country are dealing with a shortage of medical equipment and ventilators, which led  President Trump to say he believes that nurses and doctors are stealing supplies.