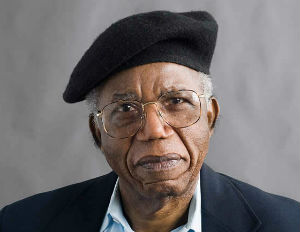 Achebe dedicated his literary career to rewriting and reclaiming his native country’s history and championing his Nigerian roots. While “Things Fall Apart” was originally turned down by many publishers, the novel (released in 1958) about aÂ Nigerian tribesman’s downfall at the hands of British colonialists eventually became one of the most renowned literary works of the 20th century.

To date, itÂ has sold more than 8 million copies worldwide and has been translated into more than 50 languages.