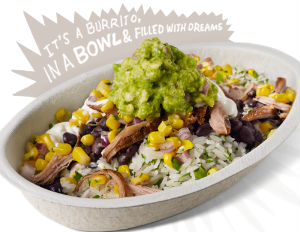 The town added an amendment to its zoning code identifying “standardizedâ€ dÃ©cor and “corporate-drivenâ€ architecture as no longer allowed. Restaurants with 15 or more locations are also unwelcome.

The Eastchester fast-casual ban has nothing to do with calories or nutrition. Eastchester Supervisor Anthony Colavita told Lohud.com the restaurants “diminish the character of the community.â€

“Generally speaking you have a corporate driven architecture, you have a milliard decor, it’s a plastic bubble menu, it generates a lot of noise, pedestrian traffic, and vehicular traffic,â€ he added.

“AÂ business that comes into town should enhance our quality of life instead of being a dominating force. When you run into these bigger chains, their presence can be dominating. We’re a town, not a city that can handle the traffic.â€