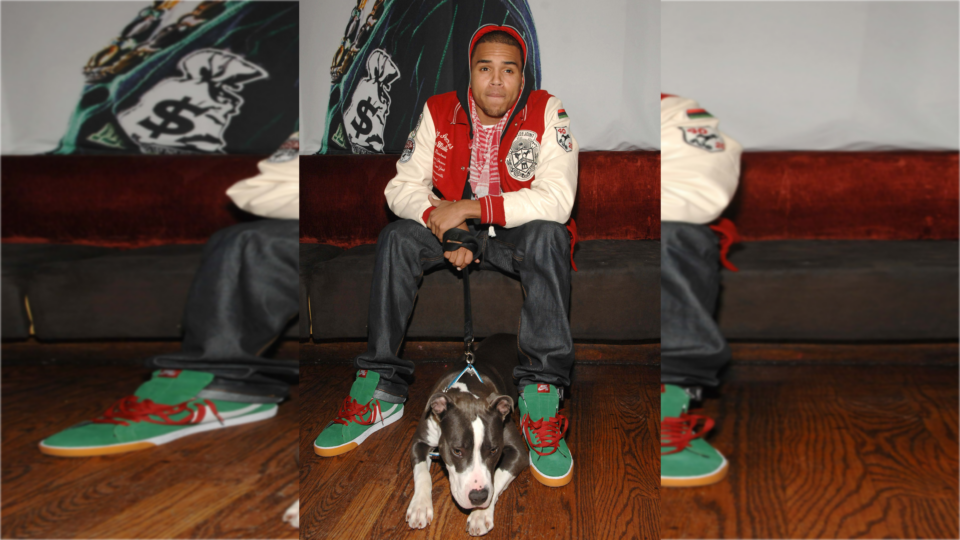 NEW YORK - NOVEMBER 2: Singer Chris Brown and his dog Diamond pose for a picture at a press conference regarding his new partnership with Ford and BET Networks at the Pink Elephant on November 2, 2007 in New York City. (Photo by Brad Barket/Getty Images)

BLACK ENTERPRISE previously reported that a woman who worked as a housekeeper for entertainer Chris Brown tried to sue him for a reported $70 million after his dog viciously attacked her in December 2020.

According to Radar Online, the Run It! singer has hit back by accusing the woman of being the reason the dog attacked her due to mistreatment.

Legal paperwork acquired by the media outlet shows that Brown’s attorneys have requested that the court dismiss all claims made by the woman identified in court papers as Jane Doe. She allegedly mistreated the Caucasian Orvchake/Caucasian Shepherd dog that the singer named Hades, which Brown alleges is why she was attacked.

The former employee has also stated that she wants $20 million in damages for the disfigurement allegedly inflicted on her and the physical impairment she got from being attacked by the canine. She anticipates future medical expenses reaching an additional $400K after the costs totaling over $24K as of March 2022.

The woman stated that Hades was permitted to be on the property and roamed freely without having a leash. On that fateful day, she went to empty a garbage can, and “out of nowhere,” Hades “viciously and brutally” attacked her. She was “savagely” bit on her face, arms, and over various parts of her body.

She also said that Hades tore out chunks of her skin and face. She ended up in a pool of blood on the floor, “barely able to see.”

The defense team responded by arguing that the former housekeeper’s injuries were caused due to her actions as she “voluntarily teased, abused, and mistreated the dog and thereby provoked the attack.”

Brown has denied all wrongdoing.

His attorney stated, “[Doe] invited the injuries now complained of and assumed the risk of them with full knowledge of the magnitude of that risk, in that she knew her foregoing conduct might cause the dog to attack her, and seriously injure her, both of which events are alleged to have occurred.”