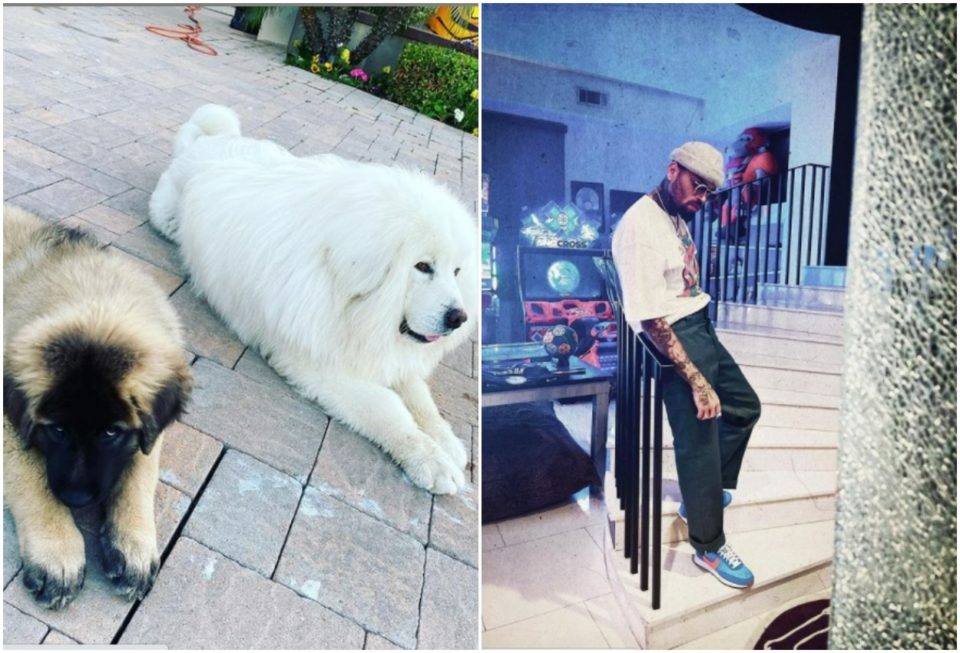 A former housekeeper of Chris Brown is suing the rapper for a reported $50 million in damages for injuries she claims she suffered when Brown’s dog attacked her at his house.

The woman also lists her damages as $20 million for the disfigurement the dog allegedly inflicted on her and the physical impairment from the attack. She has disclosed her medical expenses have cost her $24K so far, and she anticipates having to spend another $400K in the future.

She also states that she has lost earnings as much as $100K to date and anticipates she’ll be out another $550K when this situation is done. She asked the court to consider hitting Brown with punitive damages of $20 million.

Last July, according to TMZ, one of Brown’s dogs was suspected of viciously attacking and mauling a woman who worked on his property. She also accused him of trying to cover it up when 911 was called.

According to the filing, the housekeeper blames Brown for the injuries she suffered when his dog, Hades, a Caucasian Shepherd Ovcharka, allegedly attacked her in December 2020 while working at his house in Tarzana. The housekeeper said she was taking out the garbage when the dog approached and attacked her. Hades, it’s alleged, bit into her flesh and left her bloody on the ground.

The woman also alleges that Brown and people at his house didn’t do anything as she screamed for help, and Brown had other people gather the dogs before police officers arrived. After 911 was called, they arrived and took the accuser away in an ambulance. The woman then claims that when the authorities attempted to get to the bottom of the situation, she said Brown was evasive and misleading, allegedly telling the police officers that he didn’t know what happened or who took the dogs.

According to reports, the dogs were gone once the police arrived. It was later found out that the dog in question, Hades, was allegedly euthanized weeks later by the Humboldt County Sheriff’s Office Animal Shelter.