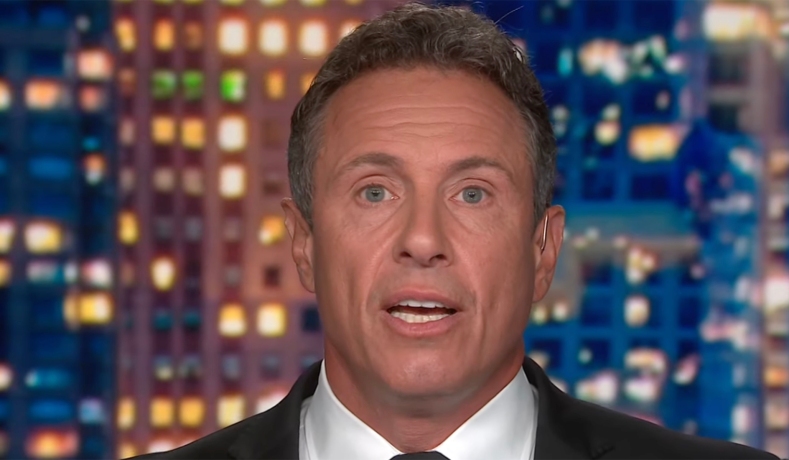 CNN’s Chris Cuomo is being accused of sexually harassing a former co-worker one month after his brother Andrew Cuomo stepped down from his gubernatorial position for the same reason.

On Friday, former executive producer Shelley Ross penned a guest essay for The New York Times where she claimed to have been sexually harassed by Cuomo when they worked together at ABC News. Ross said the Cuomo Prime Time host needs to “journalistically repent” for all the wrong he’s allegedly gotten away with behind the scenes.

In the letter, Ross recalled a 2005 incident where Cuomo squeezed her buttocks without her permission and seemingly admitted and apologized for the behavior in an email, Fox News reports.

“At the time, I was the executive producer of an ABC entertainment special, but I was Mr. Cuomo’s executive producer at ‘Primetime Live’ just before that,” she wrote. “I was at the party with my husband, who sat behind me on an ottoman sipping his Diet Coke as I spoke with work friends.”

“When Mr. Cuomo entered the Upper West Side bar, he walked toward me and greeted me with a strong bear hug while lowering one hand to firmly grab and squeeze the cheek of my buttock.”

She recalled Cuomo boasting that “I can do this now that you’re no longer my boss” and did it “with a kind of cocky arrogance.” Ross says she told him that he couldn’t and that her husband was right behind her before leaving the party.

Shortly after, she says Cuomo reached out through email to apologize and say how “ashamed” he was for his actions. He even compared his behavior to that of actor Christian Slater who faced legal trouble for similar behavior.

“[T]hough my hearty greeting was a function of being glad to see you … christian slater got arrested for a (kind of) similar act, (though borne of an alleged negative intent, unlike my own)…and as a husband I can empathize with not liking to see my wife patted as such,” Cuomo wrote at the time.

The then 34-year-old journalist asked Ross to tell her “very good and noble husband,” that “I apologize to you as well, for even putting you in su]ch a position.” He noted the lesson he learned from the awkward encounter.

However, nearly 20 years later, Ross hasn’t forgotten and thinks it was just Cuomo’s way of trying to save himself from future legal trouble.

“Mr. Cuomo may say this is a sincere apology. I’ve always seen it as an attempt to provide himself with legal and moral coverage to evade accountability,” Ross wrote.

In a note to The New York Times, Cuomo acknowledged his apology to Ross and said their encounter was never sexual.

“As Shelley acknowledges, our interaction was not sexual in nature,” Cuomo said. “It happened 16 years ago in a public setting when she was a top executive at ABC. I apologized to her then, and I meant it.”

The revelation comes after Cuomo faced criticism for counseling his brother privately during Andrew Cuomo’s sexual harassment scandal. In the end, Andrew Cuomo was forced to step down from his position as governor of New York.