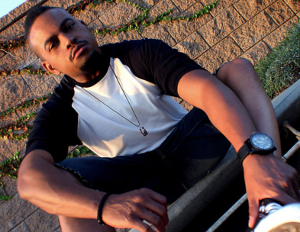 Chris Stokes, music mogul, director, and TV and film producer got his start with the mega trend setting dance phenomenon “You Got Served.”

With the success of You Got Served, and many other films that followed,Â Stokes aimed in a new direction of “Terror” with his upcoming releaseÂ “The Helpers.”

Stokes is excited about what he and his team at Footage FilmsÂ have in store for 2013 and 2014 with “Captivity”.

“I was a huge fan of the “Saw” and “Paranormal Activity” franchises. They both did extremely well, so I wanted to create something new, something that had both the elements of theatrical and found footage, which is what my new film “The Helpers” gives you.”

“I’ve been writing and directing movies for a while now and it’s a great way to express my creativity. It’s so much fun to discover new talent and “Captivity” is a great film for a new face in the industry,” he adds.

Thanks to the profit formula for lower to medium-budget movies, such as with “You Got Served,” which was made forÂ $8 million, and went on to gross overÂ $80 millionÂ in box office, TV, DVD, and VOD, Footage Films has a wide open lane for these kinds of films.

“That’s why doing these movies for underÂ $10 millionÂ with a moderate but solid P&A spend is a great formula and business model, the studio along with our company can make a good profit,” saysÂ Chris Stokes.