Herschel Walker’s Son, Christian, Runs Up on a Calm Kehlani In Starbucks Drive-Thru 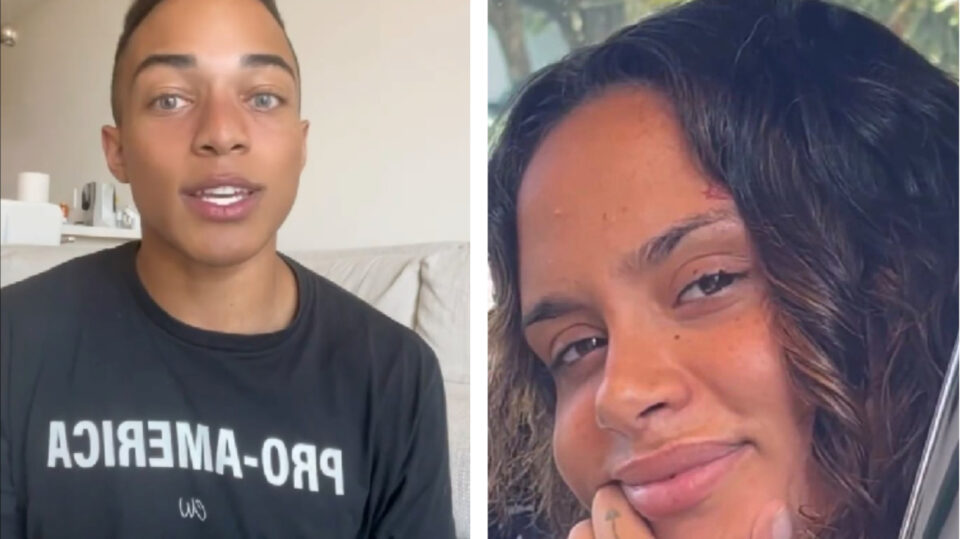 As his father tries to get it together to try and win a political office in Georgia, Christian Walker, the son of former NFL player and the conservative Republican Georgia Senate candidate Herschel Walker, goes on the attack against R&B singer Kehlani at a Starbucks drive-thru.

On Wednesday afternoon, Christian posted a video to his social media account of him running up on Kehlani as she patiently waited at a Starbucks drive-thru. The controversial conservative goes on lengthy rants almost daily, typically attacking Blacks and/or people who happen to be Democrats.

As he approaches the R&B singer, he immediately begins screaming at her accusing her of telling a Starbucks barista that he was an “a**hole.” She sits and listens to him while laughing before trying to speak to him as he continues to showcase his penchant for wanting attention.

This mediocre singer that everyone’s forgotten about, Kehlani, told my baristas at Starbucks that I was an “a**hole” and to be “safe around me.” Well, I set her straight.

I’m tired of these fake woke people being rude to everyone and acting like they’re the good ones. pic.twitter.com/V6X88Wg8tX

In the Instagram post, he continued to attack her, not because of what took place at the Starbucks drive-thru but because she identifies as a Democrat.

“Leftist singer, Kehlani, felt the need to “warn” baristas in the drive-thru about me, calling me an “a hole” multiple times. Apparently, she was worried about the “safety” of the baristas being around such a person like me (a conservative). She really demonstrated how great of a person SHE is by calling me names and pointing before I rolled my window down. Isn’t it always interesting that the “tolerant, loving, and inclusive” people always are the furthest thing from any of those traits?”