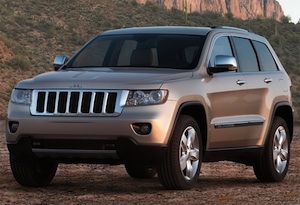 Chrysler on Monday kicked off the Detroit Auto Show by releasing new versions of the Grand Cherokee and Compass SUVs, models that have helped the company rebound since a government bailout helped save the carmaker in 2009.

“I think there’s a general feeling that the U.S. market is in healthy shape,” Sergio Marchionne, CEO of Chrysler and Fiat told reporters in Detroit, according the New York Times. “And we’re certainly going to improve in the market.”

The Times reported that Chrysler outperformed the auto industry with a domestic sales increase of 20.6 percent, versus a 13 percent increase across the industry.

You can learn more about Chrysler’s performance via the Times’ website.