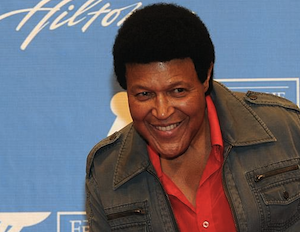 Hewlett Packard is in trouble with a Rock ‘n’ Roll pioneer.

Chubby Checker is suing the company for $500 million over their penis estimator app, saying that it led users to believe he endorsed it.

The “Chubby Checker” allowed users to enter a man’s foot size for an estimation of his endowment, according to Rolling Stone. The app was originally available for 99 cents on the Palm OS, which was ditched in 2009 for the upgraded Palm WebOS. HP acquired Palm in 2010, and distanced themselves from the app in a statement.

“The application was not created by HP or Palm,” said HP. “It was removed in September 2012 and is no longer on any Palm or HP hosted web site,” according to Rolling Stone.

For more on Checker’s suit against HP, head to Rolling Stone.