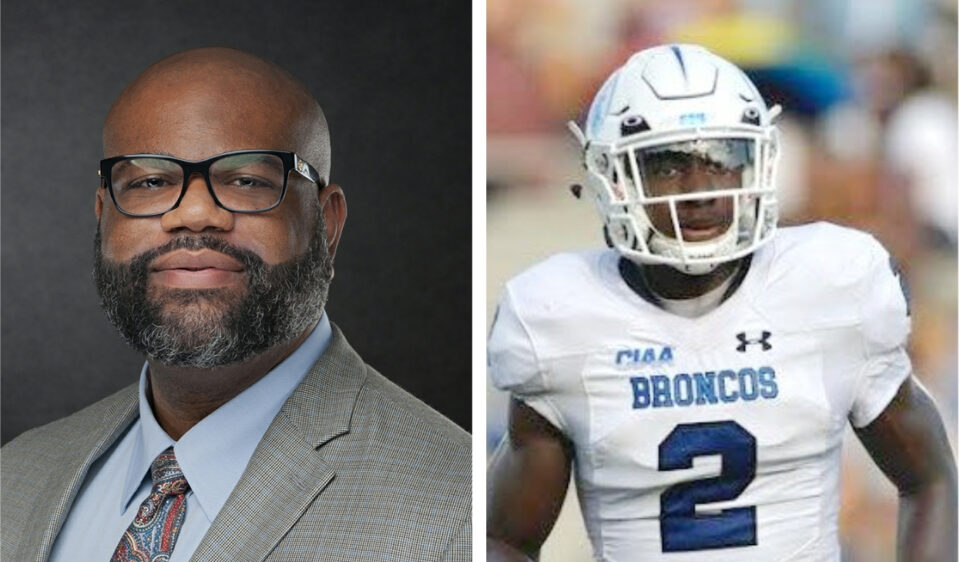 Fayetteville-born restaurateur Nicholas Perkins, who is the new owner of Fuddruckers and was once a star football player at Fayetteville’s E.E. Smith High School, has decided to help a college football player defray some of his costs by paying him to make appearances at one of his Church’s Chicken restaurants in Fayetteville.

The football player, Joshua Williams is a defensive back for Fayetteville State University. Williams is a 6-foot-3, 197-pound FSU senior who plays the cornerback position.

“I gravitated to the food-service business to put myself into a position to help bright, highly motivated HBCU students like Joshua Williams,” says Perkins in a written statement. “Joshua brings a level of determination and perseverance to the table that just can’t be taught. To be honest, in a lot of ways he reminds me of myself, so it’s been an honor to help with his education.”

As the college football season has just started, Williams has already been named CIAA Defensive Back of the Week following the Broncos’ first two games. He boasted a stat line of 15 tackles, 3 passes defended and an interception returned for a touchdown. The defensive back is also making strides in his academic studies as he is holding down a 3.1 grade point average. Williams is working toward a degree in Management Information Systems.

Due to Williams’ accomplishments off the field and on it, Perkins is helping to defray some of Williams’ school expenses, in exchange for Williams making personal appearances at the Church’s Chicken restaurant Perkins owns in Fayetteville.

Perkins and Williams share a familiar connection as both men are current members of the Omega Psi Phi fraternity.