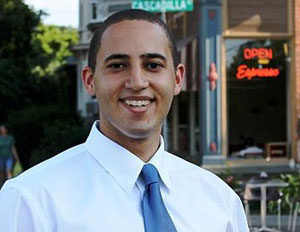 Age ain’t nothin’ but a number. That classic line from an Aaliyah hit proves true in life even today. Sometimes major accomplishments come at a young age and sometimes they come during more seasoned years, proving it’s never too late—or too early—to make major boss moves. Check out six celebs who didn’t let age hinder them:

Cicely Tyson, the 79-year-old “motherâ€ actress, is a face that we’ve all come to love on The Autobiography of Miss Jane Pittman, Sounder, and Roots. On June 8, Tyson won her first Tony award making her the oldest Tony award recipient of all time. She won the Tony Award for “Best Actress in a Play” for her performance as Miss Carrie Watts in The Trip to Bountiful.

“Pinetop” Perkins was an American Blues pianist and music veteran who released 19 albums before winning the 2011 Grammy Award for “Best Traditional Blues Album” for Joined at the Hip. He was 97. It was Perkins’ 20th album and was released in 2010 after more than fifty years in the business. A lasting part of his legacy, he passed away two months after winning the honor.

South Africa’s first black president won the 1994 South African Presidential election at age 76, after spending 27 years in prison. Mandela is one of the most notable people in world history. He went on to become founder of the Nelson Mandela Children’s Organization in 1995, lead numerous initiatives to curb the country’s poor literacy rate, offer healthcare solutions to children and pregnant women, and ease the country out of the intense apartheid past into a country standing on equality.

When Quvenzhane Wallis first appeared at her audition of Beasts in the Southern Wild, at age 5, she had no idea that she would become one of the most significant actresses in the film world. The film premiered at the 2012 Sundance Film Festival and took off from there, earning the Â CamÃ©ra d’Or Award for Best First Feature Film. It also earned Wallis three places in history: At 9, she became the first African American child to be nominated for an Academy Award, the first person born in the 21st century to be nominated for an Academy Award, and the youngest woman to receive a nomination for the Academy Award for Best Actress.

This year, Cortlan Wickliff became the youngest African American to graduate from Harvard Law School, at age 22. Wickliff a native of Texas, achieved this after becoming the youngest African-American male to earn a bioengineering degree from Rice University in Houston. He is now preparing to pursue a PhD in biomedical engineering.

On January 1, 2012, Svante Myrick became the first mayor of color and youngest mayor of Ithaca, New York at age 24. A native of Ithaca and graduate of Cornell University and longtime community activist, Myrick began his career serving the 4th Ward of the City for four yearsÂ onÂ Common Council. Mayor Myrick chaired the committee that created the Ithaca Youth Council. He also chaired the Collegetown Vision Implementation Committee, which led to the creation and endorsement of a master plan for promoting development while still preserving neighborhoods in Collegetown.