Cicely Tyson Still Gets Nervous After all These Years? 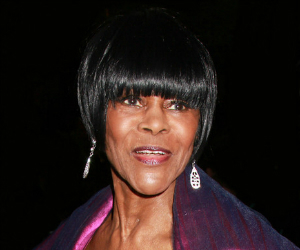 79-year-old Cicely Tyson, veteran of stage and film, says she still gets nervous before a performance. Although she has appeared in many films likeÂ The Autobiography of Miss Jane Pittman, Roots, Madea’s Family Reunion and most recently, Alex Cross, she still get the jitters.

“People always ask me when I say I’m nervous. ‘What do mean you’re nervous? How do you get to be nervous?’â€ First of all, what they don’t understand is that every one is new; every performance you do is a new performance,â€ Tyson said. “I treat every single one as something that I’ve never done before, and whatever that brings on is what I go through.â€

She is currently starring in a revival of Horton Foote’s 1953 drama The Trip to Bountiful. Tyson appears on stage with Cuba Gooding Jr., Vanessa Williams, and Condola Rashadin in her first return to Broadway in 30 years.