Citibank to Refund $335 Million to Credit Card Holders It Overcharged 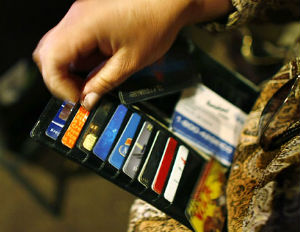 Citi Group Inc., one of the world’s largest credit card issuer,s announced Friday that it will refund $335 million back to some its U.S. customers later this year.

The banking group said it had not used the proper method for reducing interest charges for 1.75 million credit cards holders who have had to pay the penalty rates since 2011. The refund will average about $190 per account.

“This refund won’t have much of an impact on Citi, but for millions of Americans who live paycheck to paycheck, $190 matters,” Matt Schulz, CreditCards.com’s senior industry analyst said. “It may not change their lives, but they will certainly welcome it, especially since they shouldn’t have had to part with it in the first place.”

Credit Card Accountability Responsibility and Disclosure Act, commonly called the CARD Act, is a federal law that changed banks and credit card issuers’ practices and advocated for consumers’ rights. And since 2011, banks have been required to reduce penalty interest rates for cardholders who resume making timely payments.

Citi said it made an error calculating the reductions.

“This provision of the CARD Act is a very important one,” Schulz said. “Before the CARD Act, someone who was hit with a penalty rate could be stuck with that super-high rate indefinitely.”

The error is up to 10% of the interest reductions that cardholders were supposed to get, the bank said. The other 90% of rate savings were properly credited to accounts.

“That shouldn’t happen anymore,” Schulz added. “That’s great news for people who hit a rough patch financially and then get their feet back under them shortly thereafter.”

In 2015, Citibank was ordered to pay $700 million back to customers and was fined $70 million for malpractices related to its marketing credit card add-on products.