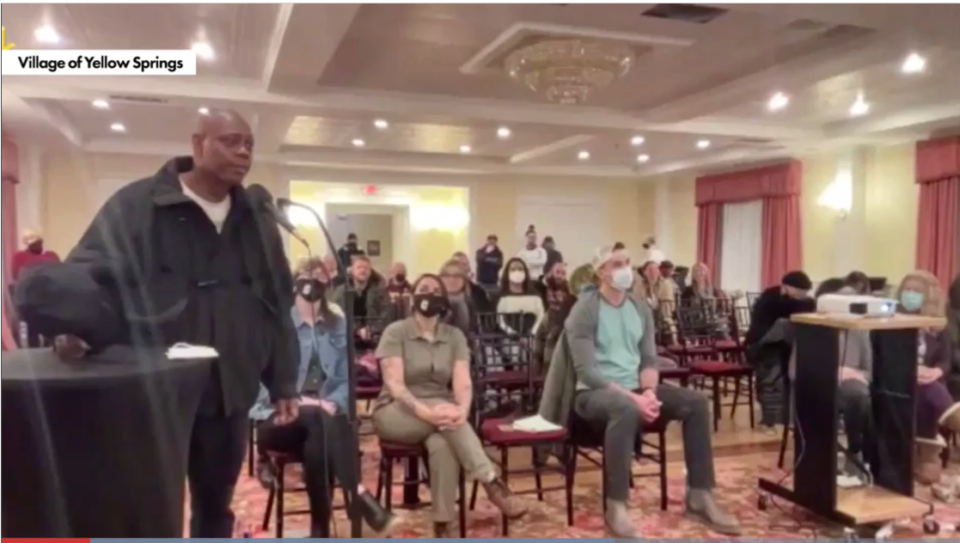 The small village of Yellow Springs, Ohio, had plans toward advancing affordable housing; however, those plans were scrapped after its residents—including comedian Dave Chappelle—expressed concerns at a Monday night council meeting, Dayton Daily News reported.

The Yellow Springs City Council initially voted 2-2 on the proposed development of 64 single-family homes, 52 duplexes, and 24 townhomes. Oberer Homes, a Miamisburg-based new home construction, was set to move forward with the development.

Chappelle, who has an office in the area, threatened to pull millions of dollars in business investments from the village if the proposal passed.

In December, Chappelle’s company, Iron Table Holdings L.L.C., acquired the former Miami Township Fire Station in the village. His business ventures include a plan for a restaurant called “Firehouse Eatery” and a comedy club called “Live from YS.”

Before abruptly returning to his seat, he continued: “I cannot believe you would make me audition for you. You look like clowns. I am not bluffing. I will take it all off the table. That’s all, thank you.”

Other villagers lobbied against the affordable housing plan for various reasons, including traffic flow and water management. Some even felt shut out from the development process with Oberer.

After hearing the said concerns, the council ultimately voted no.

While the affordable homes plan was scrapped, Oberer Homes can still move forward with the development of 143 single-family homes with a starting price of $300,000, according to The New York Post.

Chappelle also objected to the original plan at a December council meeting.

“I just want to say I am adamantly opposed to it,” Chappelle told city council members over video chat. “I have invested millions of dollars in town. If you push this thing through, what I’m investing in is no longer applicable.”

“Certainly none of what we’re doing is in any way or to hurt Dave in any way…I have a responsibility to look out for the interest of the entire community,” he said.