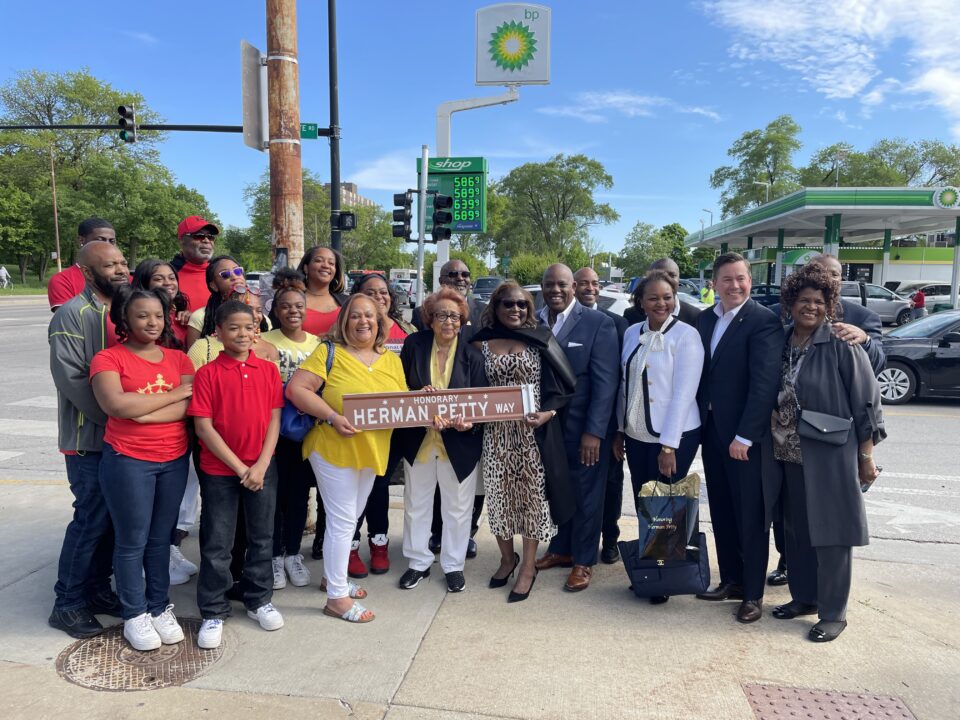 Five decades after he became the first Black person to open a McDonald’s franchise, the city of Chicago is honoring the late Herman Petty, naming the street where the restaurant still stands after him.

Block Club Chicago reports city officials have named a section of Marquette Road between Stony and Dorchester Avenues “Herman Petty Way” in a ceremony Monday with the Black McDonald’s Operators Association, which Petty was involved in starting.

The ceremony outside the restaurant Petty opened in 1968 included Petty’s family members, other Black McDonald’s owners, and local officials. Petty’s granddaughter, Latrice Orr, told Block Club her grandfather’s legacy inspires her and others to follow in his footsteps.

“He inspired others to believe in themselves, to know that nothing is unattainable if you put in the work and put your mind to it,” Orr said. “My grandfather worked hard for his family and instilled to all of us to be independent, always chase your dreams. Herman Petty wanted his grandchildren, children, and even great-grandchildren to achieve great things in life and wants them to never give up and always remember dreams [aren’t] impossible.”

In addition to the street name, Petty will also have a room named after him at the Obama Presidential Center in Jackson Park through a partnership between the Obama Foundation and McDonald’s. Joe Erlinger, the president of McDonald’s USA, said the honor is part of Petty’s ongoing legacy.

“This will obviously preserve his ongoing legacy, and we also believe that it will inspire future entrepreneurs,” Erlinger said. “So we are incredibly excited to partner with the Obama Foundation as they work to inspire, empower, and connect the next generation of leaders to evolve and support this great city of Chicago that we all call home.”

Petty’s McDonald’s location was bought and remodeled by Yolanda Travis in 2007. The restaurant now features photos of Petty and other notable Black McDonald’s owners. Travis added that she came up with the idea to honor the Black franchise owner because the city lacks Black museums, monuments, and landmarks on the South Side of Chicago.