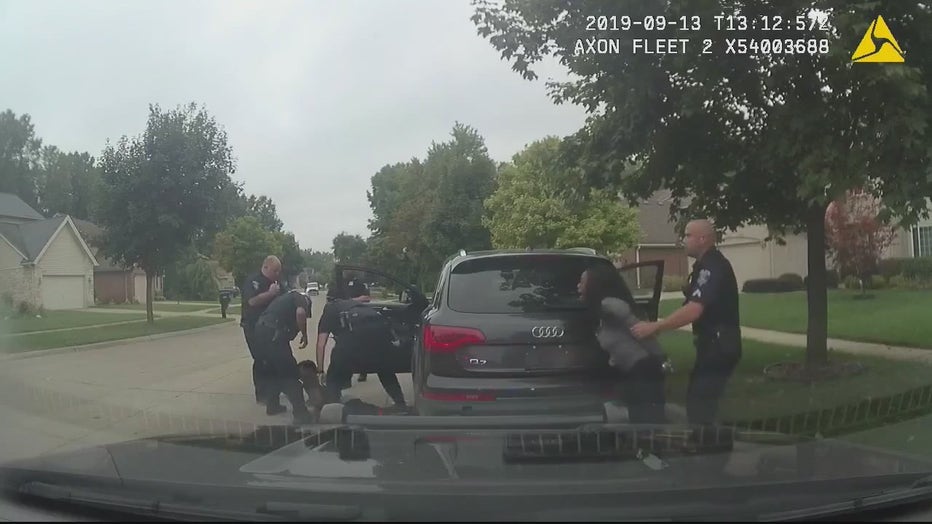 The city of Detroit and five police officers are facing a lawsuit from a Black couple who were subjected to excessive force while driving an SUV with their toddler.

Ringgold-D’Abell and Taylor were on their way to a dentist appointment for their 3-year-old daughter on September 13, 2019, when they were pulled over for not having a license plate. The family had just moved to Michigan from Illinois to be closer to Taylor’s family and purchased a used Audi SUV to get them around.

They were given a temporary registration permit that was valid for 90 days, through Sept. 27, 2019. However, when he went to a car wash, the paper plate was washed away, the lawsuit states. The father had also lost his driver’s license and was using a temporary paper Illinois driver’s license as well as a picture of the license he lost on his cell phone.

But it wasn’t enough when he was pulled over by Adamisin. Even after explaining the situation, Adamisin called for backup. During the arrest, Ringgold-D’Abell was “encircled” by the five police officers and “tased multiple times and suffered blows to his body including an officer’s punches to his stomach while another held his torso in place,” the lawsuit states.

After Taylor, stepped out of the vehicle to ask what was happening to her boyfriend, she was pushed by an officer, the lawsuit claims. At one point, Taylor was handcuffed but never arrested.

Ringgold-D’Abell spent three days in jail because he couldn’t afford bond, Fox News reports. The couple is suing for excessive force saying the father and new Michigan resident posed no threat to the officers.