City of Nashville to Make Juneteenth A Paid Holiday 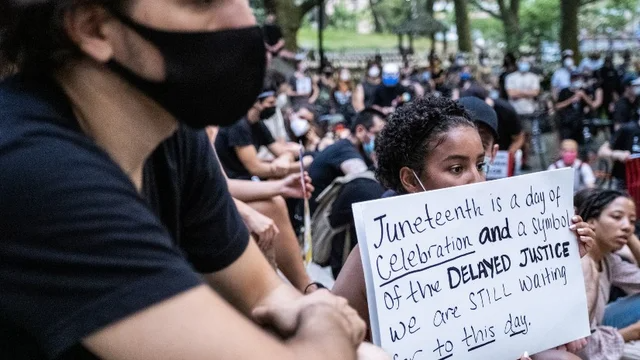 In recognition of Juneteenth becoming an official holiday in Nashville, the city will offer it as a paid holiday to residents.

Nashville Mayor John Cooper will join members of the CSC on Thursday to sign the directive.

Juneteenth celebrates the end of slavery in the United States. It was first celebrated in Texas on June 19, 1865, when slaves were made aware that they were declared free under the terms of the 1862 Emancipation Proclamation after the Civil War.

A proposal to make Juneteenth a statewide holiday was stalled by Tennessee’s GOP-controlled General Assembly in February, WKRN reported. Tennessee currently recognizes 11 state holidays that typically come at a cost to taxpayers due to state employee compensation.

If Juneteenth were to become a paid holiday statewide, it would cost Tennessee an estimated $474,000 per year. The bill was supported by House Democratic Minority Leader Karen Camper.

“I was really appreciative of him deciding it was important to not only observe the holiday but to make it an official day off and actually fund it in the budget,” Camper said after the bill was stalled in February.

The GOP-run House took the bill “off notice,” which stalled it for the remainder of the session.

Governor Bill Lee was hoping to see the legislation to make Juneteenth a holiday in Tennessee go through the full committee process.

“There’s a federal holiday there and in order to be consistent with that very important day in our country’s history we felt it important to have a state holiday as well,” Lee said.

“Great nations don’t ignore their most painful moments,” Biden said after signing the bill. “They embrace them.”