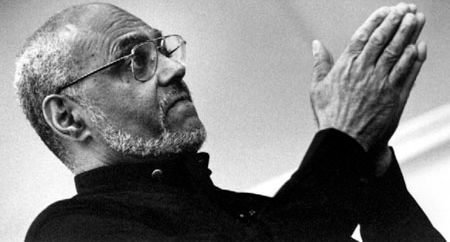 Civil rights activist and leader Robert “Bob” Moses, who championed Black voting rights, died over the weekend at the age of 86.

The passing of the civil rights activist was verified by Algebra Project, in which Moses was a founder, board member, and president. The organization released a statement on the day of his passing, July 25.

“It is with sadness, our deepest condolences, appreciation and meditations that the Algebra Project, Inc., shares the news of the passing of our founder, mentor, President, teacher and friend, Robert Parris Moses. His transition to that higher level only inspires us all to love, struggle and live with and for our people as he did, as we continue to work to realize Bob’s vision of “raising the floor of mathematics literacy” for all young people in the United States of America.”

Throughout his life, Bob Moses bent the arc of the moral universe towards justice. He was a strategist at the core of the voting rights movement and beyond.

He was a giant.

May his light continue to guide us as we face another wave of Jim Crow laws.

According to his bio on the Algebra Project website, Moses was born on January 23, 1935, in Harlem, New York. He received a B.A. in Philosophy from Hamilton College back in 1956 then went on and received an M.A. in Philosophy from Harvard University in 1957. Moses was in charge of the Student Non-Violent Coordinating Committee’s Mississippi Voter Registration Project from 1961-1964; was also co-Director of the Council of Federated Organizations 1962-1964, and was a lead organizer for the 1964 Mississippi “Freedom” Summer Project, parachuting Mississippi Freedom Democratic Party to 1964 National Democratic Convention in Atlantic City.

After Moses taught mathematics at the Samé School in Tanzania, East Africa from 1969 to 1976, he then returned back to the United States and re-entered the doctoral program in Philosophy at Harvard.

Moses was a MacArthur Foundation Fellow from 1982-1987, and he decided to use his fellowship to begin the Algebra Project, which uses mathematics as an organizing tool for quality education for all children in America. With the help of the National Science Foundation, the Algebra Project works with middle and high school students who had performed in the lowest quartile on standardized exams, in anticipation that the students attain a high school math benchmark, with the expectation for the students to graduate on time in four years, ready to do college math for college credit.