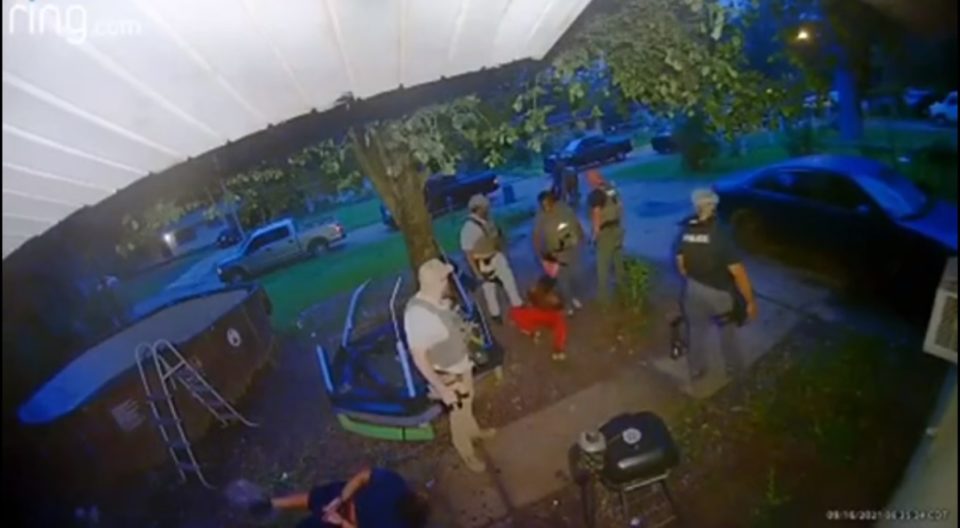 On Wednesday, Attorney Lawrence Blackmon and National Civil Rights Attorney Ben Crump announced that they will be filing a federal lawsuit against the United States Marshal Service and other law enforcement agencies.

The decision came as a result of a video that circulated from a ring camera which shows Kevin Harris, a 17-year-old minor who was struck in the face by a member of a U.S. Marshal Task Force while detained. Blackmon is passionate about this case and seeking justice for the victim based on the continuous abuse perpetrated by officers against Black persons in their custody.

“When the abuse is not caught on camera it becomes much harder to prove, because they will lie endlessly and spend unimaginable amounts of money to shift the blame to the victim and to protect themselves and their fellow officers,” said Attorney Blackmon. “That’s why whenever civil rights violations by officers are caught on camera, it is a must that we circulate that footage to make it known to the public that there are more than just a “few bad apples” in the bunch, and we must vigorously pursue all avenues of criminal and civil recourse, to make it known to officers that they can no longer assume that they are going to get away with this type of flagrant abuse.”

“There’s a long-standing culture of racism within Local and Federal law enforcement agencies and the absence of fear of repercussions by officers within those agencies,” said Attorney Blackmon. “Many of them believe that they are above the law and untouchable. They will put their hands on you because they don’t like what you said to them or how you looked at them. If civilians behaved the same way they would be charged with assault. I want my clients to receive adequate financial compensation and we want the offending officers criminally charged in both state and federal court.”