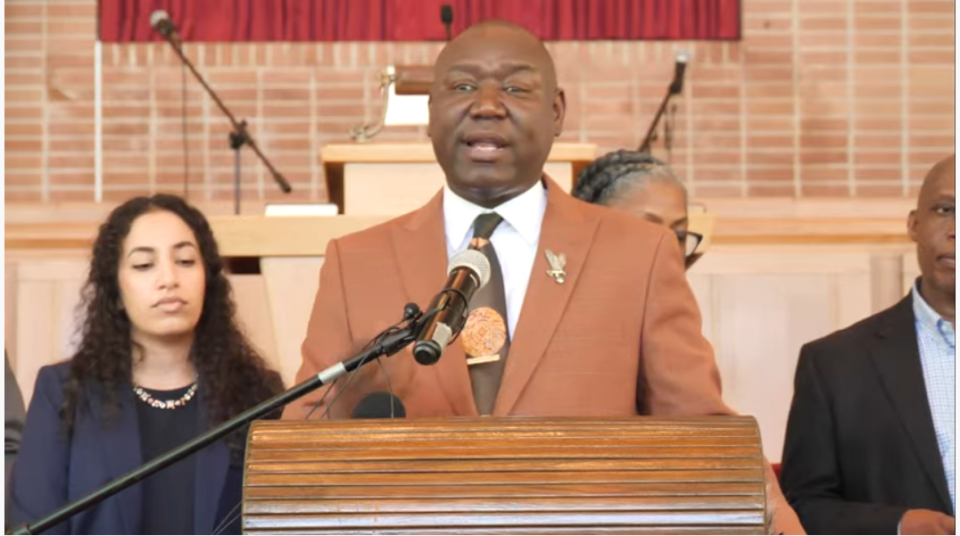 Crump, who has represented the families of Ahmaud Abery and Breonna Taylor, held the conference at the Mt. Zion Second Baptist Church in Atlanta and included several Black homeowners who have joined the class action suit against Wells Fargo Bank.

At the presser, Crump, along with co-counsel Linda Friedman and Suzanne Bish, urged Wells Fargo shareholders to approve a motion by the SEIU, one of the country’s largest labor unions, to conduct an independent racial equity audit on the bank. Crump also urged other politicians to follow the lead of New York City Mayor Eric Adams and stop investing with the bank.

“It’s rare when you think about being kicked out of your home and for no other reason than a bank is discriminating against you because of the color of your skin,” Crump said at the event.

The presser also included Black homeowners who say they’re victims of Wells Fargo’s discriminatory bank practices and have joined the class-action lawsuit against the bank.

The class-action suit was filed by Aaron Braxton in March 2020, alleging Wells Fargo systematically discriminated against Black homeowners in its evaluation of refinancing applications. A Bloomberg News investigation backs up the claim, finding that the bank approved Black homeowners seeking to refinance mortgages during the pandemic at a much lower rate (47%) than white homeowners (72%).

Additionally, the bank has paid out millions in racial discrimination claims made by workers and customers. In 2012, the Justice Department ordered the bank to pay $175 million after charging African American and Hispanic homeowners’ higher fees and improperly placing them into subprime loans. In 2018, Wells Fargo was accused of preying on Black and Latino homeowners.

“We are deeply disturbed by allegations of discrimination that we believe do not stand up to scrutiny. We are confident that we follow relevant government-sponsored enterprise (GSE) guidelines in our decision-making and that our underwriting practices are consistently applied regardless of a customer’s race or ethnicity. These unfounded attacks on Wells Fargo stand in stark contrast to the company’s significant and long-term commitment to closing the minority homeownership gap,” Langan said.