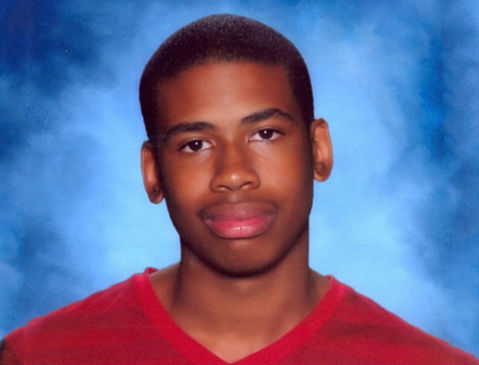 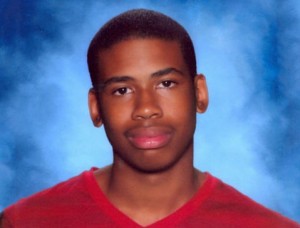 The civil rights organization ColorofChange.org is among those groups who are using the recent hung jury verdict in the Michael Dunn murder trial to propose a change to Florida’s gun policies. Critics argue that the state’s “Stand Your Groundâ€ law shields dangerous men like Dunn from prosecution when they commit hate crimes.

Dunn, 47, was convicted on three counts of second-degree attempted murder in the death of 17-year-old Jordan Davis. The jury, however, did not reach a verdict on Dunn’s first-degree murder charge, resulting in a mistrial on that count.

Dunn, who is white, shot and killed Davis, who was black, after fighting with Davis and his friends about what Dunn described as ridiculously loud “thug musicâ€ blaring from their SUV in a Jacksonville convenience store parking lot in November 2012. Dunn, who fired multiple rounds, testified that he saw the barrel of a gun in the vehicle. However, a police investigation revealed that there was never a weapon in the SUV. Dunn’s sentencing for all four charges is scheduled for March 24.

In response to the hung jury in the Dunn trial, Rashad Robinson, executive director of ColorOfChange.org, says that although he was pleased with the guilty verdicts on the lesser charges of attempted murder and shooting a deadly missile, a mistrial on the most significant count of first-degree murder is outrageous.

“Once again a young Black man was made the target of a horribly violent act and his killer was able to shield himself through Florida’s dangerous ‘Stand Your Ground’, or ‘Shoot First’ Laws. This is clearly a continuation of the injustice we saw with Trayvon Martin, and it will only stop if we stand up now. We demand a retrial, and strongly urge Attorney General Eric Holder to bring justice in this case and investigate how “Shoot Firstâ€ laws shield those who commit hate crimes,â€ said Robison in a released statement. With over 900,000 members, ColorOfChange.org is the nation’s largest online civil rights organization.

Robinson further stated that “all Jordan Davis was guilty of on that fateful night in Jacksonville was being a young Black man. But he was nothing more than a ‘thug’ to Michael Dunn, whose hateful motivations are on full display in a letter from prison that went public during the trial.â€

Dunn reportedly wrote that “jail is full of Blacks and they all act like thugs. This may sound a bit radical, but if more people would arm themselves and kill these (expletive) idiots when they’re threatening you, eventually they may take the hint and change their behavior.â€

Robinson says ColorOfChange is committed to repealing all ‘Shoot First’ laws, which endanger the lives of Black people across the nation, and will continue to work to get mainstream media to present fair and humanizing depictions of Black people.

“Nearly 111,000 of our members have taken action in our campaigns demanding justice for Black victims like Jordan Davis and Trayvon Martin, and we will continue to fight for them and many others,â€ he added.

“People misunderstand this self-protection law. It applies only to the issue of whether someone should be prosecuted or not.â€ Baxley added, “Discussion in this case still assures me that I need to be very cautious about anything that would diminish the ability of law-abiding citizens to protect themselves from violence. It doesn’t mean that when you have difficult cases to resolve that there is something wrong with the legislation.â€

Florida was the first state to pass a stand your ground law in 2005 as an expansion of the Castle Doctrine or the right of individuals to defend themselves and their homes from invasion.Â Since then 23 other states adopted stand your ground policies, most often originally aimed at addressing domestic abuse cases.

Stand Your Ground is a type of self defense, the relevant portion of Florida’s reads: “A person is justified in the use of deadly force and does not have a duty to retreat if: He or she reasonably believes that such force is necessary to prevent imminent death or great bodily harm to himself or herself.â€ The controversial section of the law is the no “duty to retreat,” meaning that in non-stand your ground states one must, in most cases, first attempt to flee if he or she can.

Stand Your Ground laws continue to be the subject of national debate, renewed after George Zimmerman’s acquittal last summer in the shooting death of unarmed Florida teenager Trayvon Martin and now with the first degree murder mistrial of Dunn. In both the Dunn and Zimmerman trials, lawyers decided not to pursue a pre-trial immunity hearing allowed by Florida’s stand-your-ground law. However, in both cases jurors were told by the judges that they should acquit if they found the defendant “had no duty to retreatâ€ and had the right to “stand his ground.” And Dunn’s lawyer, Cory Strolla, mentioned Florida’s Stand Your Ground law during his closing arguments. Critics argue using language that is a key provision evokes Florida’s Stand Your Ground policy in the minds of jurors.