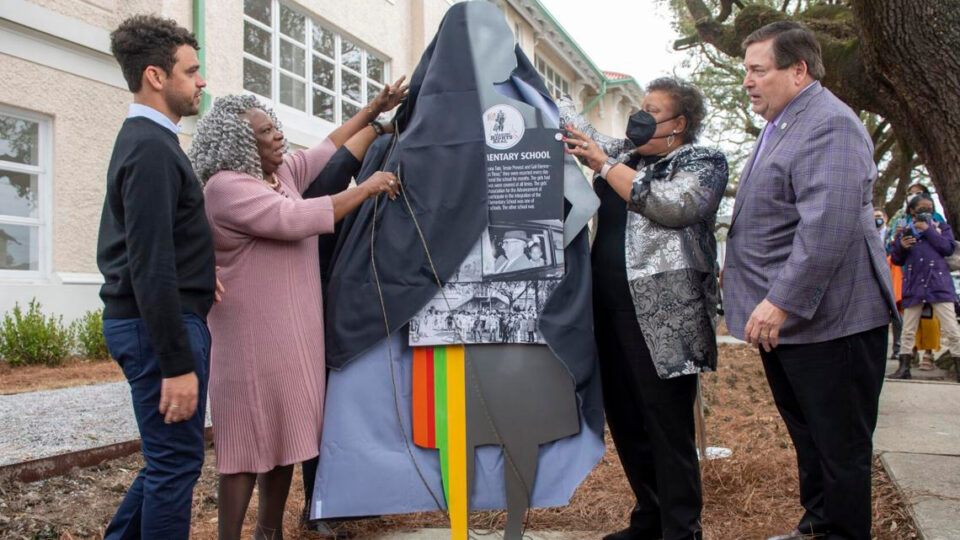 A new marker was established Tuesday in New Orleans that recognizes three Black young children known as the “McDonogh Three.”

The three girls were Leona Tate, Gail Etienne, and Tessie Prevost. The trio, along with Ruby Bridges,  helped officially integrate a public school, William Frantz Elementary in New Orleans, in 1960.

According to NOLA.com, one of the three girls, Tate, and Lt. Gov. Billy Nungesser unveiled the marker outside the former McDonogh Elementary located on St. Claude Avenue.

This is added to the Louisiana Civil Rights Trail, a patchwork of historically significant places in the civil rights movement. Sites along this trail include Little Union Baptist Church in Shreveport, Dooky Chase’s Restaurant in New Orleans, and the Old State Capitol in Baton Rouge.

“We must continue to tell all generations their story,” said Terri F. Love, chief judge of the Louisiana Fourth Circuit Court of Appeal. pic.twitter.com/smDABhS2FV

In the 1960s, three young Black girls outfitted in freshly-pressed dresses and hair ribbons walked through crowds of angry protesters and proceeded up 18 steps to enter McDonogh 19 Elementary School. The girls were escorted by U.S. Marshals.

“You just don’t know how many people we’ve gone to that didn’t know the history of what happened in this building,” Tate said Tuesday morning. “It takes a lot–and I don’t like talking about it–to tell them the story. But we’re here and we’ll have some racial healing in this building.”

Louisiana News reported that McDonogh has been renamed Tate, Etienne, Prévost Center (TEP) after the McDonogh Three. The marker will be located at the entrance of their former first-class classroom.

According to WDSU News, the Louisiana Civil Rights Trail was thought up by Louisiana Lt. Gov. Billy Nungesser, who saw projects like this emerging in other Southern states.

“I don’t think a lot of people realized how much history was here and how many of the things that happened in Louisiana led to the civil rights movement,” Nungesser said. “To be able to put all of this into an educational plan is going to be invaluable for generations to come.”