Claim It! App Founder Got Idea for App While Living on the Streets 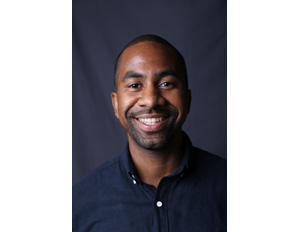 A new app is receiving acclaim as well as funding from some of the biggest names in finance and sports. The app is Claim It! and its founder, Ali Abdullah is also generating buzz. Abdullah’s story is a classic tale of American success–once homeless, the tech entrepreneur’s app has secured, to date, $2 million in funding.

Claim It! is an app that lets users win prizes just by watching video ads. Starbucks, GoPro, and Red Bull are just a few of the companies with giveaways through Claim It!

Users can win free products in a specific city or town by putting in a claim on that week’s offers and waiting for a drawing that takes place every Sunday. Winners have one week to pick up their prizes.

In a most recent giveaway campaign, Sprint is giving away selfie sticks and Mophie power charging packs to users who download Claim It! and then visit Sprint stores throughout New York City. Past special offers of this sort have included GoPro cameras, $100 J Crew gift cards, and Nike Air Jordans.

Why would companies engage in this type of marketing? It’s all about reach, especially reaching millennials. For the generation that is always connected, mobile marketing is where many businesses are putting their ad dollars, particularly this sort of hyper-local marketing that uses proximity technology.

Claim It!’s userbase is 90% comprised of millennials. “First and foremost you are able to reach an engaged mobile community and for retailers they can start these relationships,â€ says Abdullah on Claim It’!’s appeal as a marketing tool.

“Now you can kick start these relationships with people by giving them free stuff. We are taking it to a whole new level,â€ says Abdullah.

Abdullah grew up poor and bounced around between colleges and jobs, including one as a dishwasher and was also homeless for a period of time. In fact, he came up with the idea for Claim It! while living on the streets.

After brainstorming with Claim It! co-founders, Kaza Razat and Khalid Mills, the app was launched in January 2015. Â Claim It! has given away more than 6,000 prizes to New Yorkers and attracted a few hundred thousand users just in NYC in under 14 months, according to Abdullah.