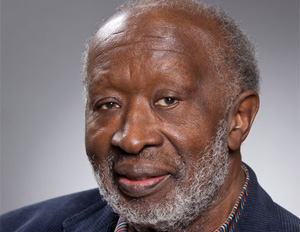 Entertainment industry icon Clarence Avant is set to receive the Trailblazer Award at Black Enterprise’s 2015 Entrepreneurs Summit. Hosted by Nationwide, the 20th annual event takes place at the Hyatt Regency Atlanta May 13-15, with power panels, resources and networking for business owners. At the finale BE 100s Anniversary Celebration and Awards Dinner on May 15, Avant will be honored for his exemplary work as a music executive, film producer and groundbreaking entrepreneur.

Opening doors for today’s hitmakers including moguls Russell Simmons and Sean “Diddyâ€ Combs, Avant got his start in the ’50s managing a nightclub in Newark, N.J. In 1967, he negotiated his first joint venture between a black artist, William “Mickeyâ€ Stevenson, and a major recording company, MGM Records, to form Venture Records. In 1969, he launched BE 100s company Sussex Records and signed music great and Grammy award-winning legend Bill Withers.

In the ’70s, his founding of Tabu Records led to the signing of Kool & the Gang. Tabu also launched the careers of Jimmy Jam and Terry Lewis, known for producing hits for some of the greatest musicians of all time, as well as Alexander O’Neal and the S.O.S. Band

Always one to take risks, Avant helped promote Michael Jackson’s first solo tour, Bad, which became one of the largest tours of all time, landing a spot into the Guinness Book of World Records as the largest grossing tour in history, the tour with the largest attended audience and the most successful concert series.

Later becoming chairman of the board at Motown Records, Avant made imprints in Hollywood by executive producing films from the ’70s, ’80s and ’90s, including 1977’s Deliver Us from Evil, 1989’s Living Large and 1994’s Jason’s Lyric. Building a multimedia portfolio, he worked to capitalize on the digital boom as chairman of the site Urban Box Office.

Now, as CEO of Avante Garde and his music publishing enterprise, Interior Music Publishing, Avant continues to take risks and guide artists today. “I just tried things. Why not? I just took my shot. You’ll miss some. But so what? That’s just part of the game,â€ he said in an interview with BET for his 2013 BET Honors Award. “You have up and downs in life. That’s what life is about.â€