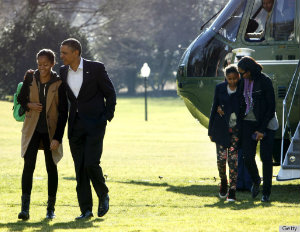 The Secret Service is under fire after two separate instances of presidential security breaches that if unchecked may have exposed the President and his family to danger.

U.S. Secret Service Director Julia Pierson appearing before a congressional hearing on the matter told the House Committee on Oversight and Government Reform that an incident in which a man breached security at the White House was “unacceptable” and she takes “full responsibility.”

In the first instance 42-year-old Omar Gonzalez, scaled a fence at the White House and actually entered an unlocked door at the executive mansion. Gonzalez was carrying a knife.

The Secret Service initially said that Gonzalez was quickly detained inside the front door. But during the congressional inquiry Pierson admitted to the committee that the door had no automatic locking mechanisms and had to be locked manually.

It was later revealed during the hearing that once he burst inside the unlocked front door, Gonzalez, an Army veteran, overpowered one Secret Service officer and sprinted past a stairway that leads up half a flight to the first family’s living quarters.

A federal grand jury indicted Gonzalez on three separate federal and District of Columbia charges. They carry a maximum of 17 years in prison. His first court appearance is scheduled for October in Washington.

The Washington Post reports Gonzalez may have made it even farther had it not been for an off-duty Secret Service agent who was coincidentally in the house and leaving for the night.

According to their report, “The agent who finally tackled Omar Gonzalez had been serving on the security detail for President Obama’s daughters and had just seen the family depart via helicopter minutes earlier. He happened to be walking through the house when chaos broke out and the intruder dashed through the main foyer.”

According to multiple reports no officers are assigned to guard the steps to the Obama family’s private living quarters when the first family isn’t home.

CNN also reports that, “in another incident involving a violation of security protocol, an armed security contractor was allowed on an elevator with President Barack Obama during a visit to the Centers for Disease Control and Prevention in Atlanta on September 16.”

That incident has since been confirmed by a Secret Service official. According to sources with knowledge of the matter, the contractor had been acting strangely while on the same elevator as the president and was using his cell phone. When he was confronted about his behavior it turned out he was armed.

You may also recall another incident back in November of 2011, when a man fired aÂ  rifle into the White House residence while Sasha Obama was home. The Secret Service claimed those shots was part of a shoot-out between gangsters, it was later revealed the White House was the intended target.

The New York Times says an incident in which a couple crashed a state dinner, the drinking and prostitution scandals on overseas trips in 2012 and 2013, “and 16 separate cases of people scaling the White House fence in the last five years” would probably be subjects of a further inquiry by the congressional committee.