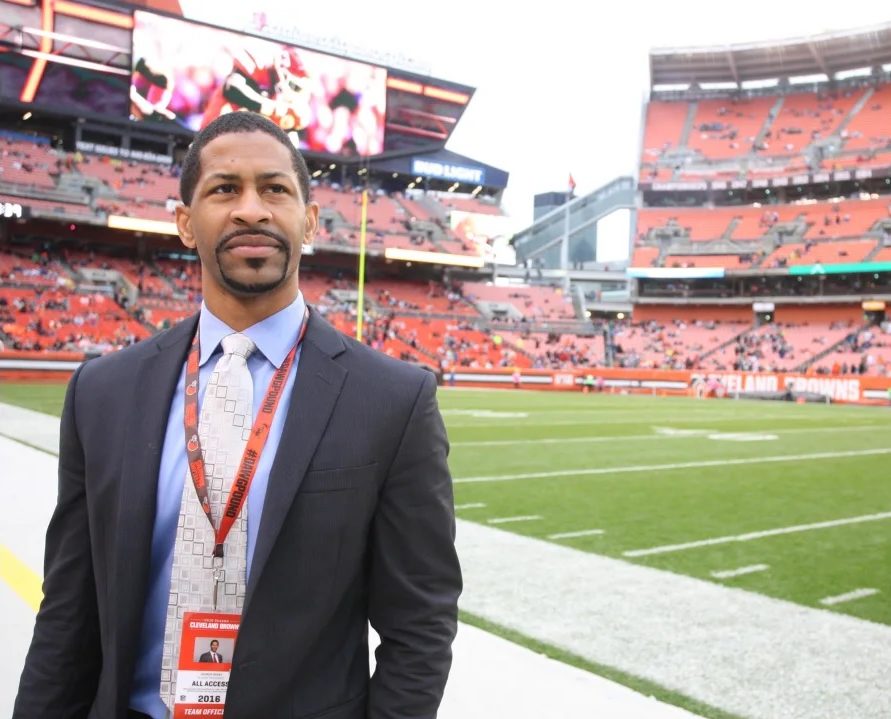 “I’m honored and blessed to lead the Football Operations of the Cleveland Browns,” Berry said. “I’m appreciative of the Haslam family for entrusting me to be a steward of a franchise that is so rich in tradition and history. The passion for football courses through the veins of Northeast Ohio in a manner that is unique to that of any other region. Our fan base’s devotion to the Browns is the catalyst for such affection for the sport.”

“Rewarding YOU all—our loyal and faithful Dawg Pound—will energize and motivate me daily to attack the challenge ahead of us. It is for that reason that I am excited to partner with Kevin Stefanski—a coach I know our city will embrace because of his leadership skills, work ethic, humility, and character—to work tirelessly and with immediate urgency toward building a winning organization that will make the people of Cleveland proud.”

Berry initially joined the Browns in 2016, working with Executive Vice President of Football Operations Sashi Brown and then with General Manager John Dorsey. He was involved in all talent evaluation efforts for the club, which included college prospects and NFL free agents. He also helped in overseeing the club’s scouting department and worked closely with other high-ranking members of the front office.

“We are thrilled Andrew will lead our football operations,” Cleveland Brown co-owners Dee and Jimmy Haslam said. “We have always been profoundly impressed with him as a consummate professional who has meticulously studied his craft every place he has worked and is extremely dedicated to utilizing every resource to improve an organization and to enhance his own knowledge.”

“He will be a tremendous partner with Kevin as he embraces the critical nature of his relationship with the head coach. We know he can’t wait to get to work.”