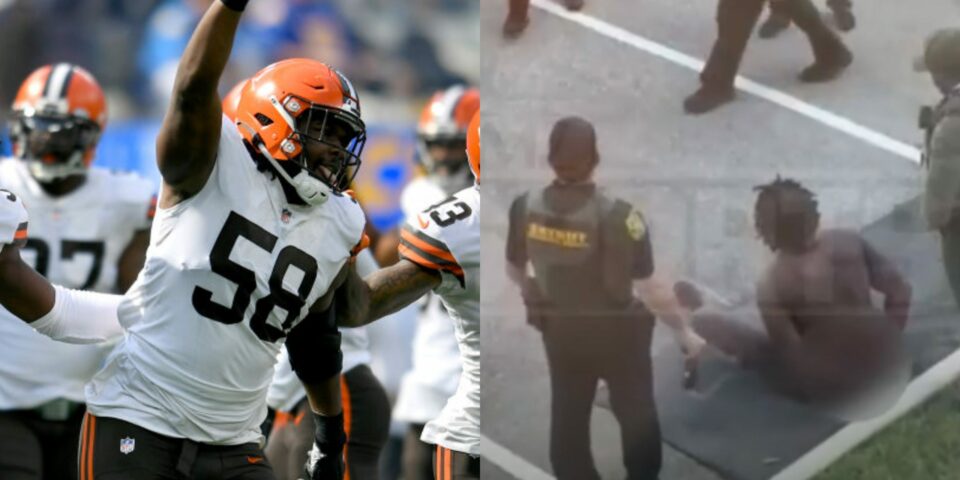 An NFL player was arrested after allegedly walking naked into a children’s learning center in Florida.

According to NBC Miami, a defensive lineman from the Cleveland Browns, Malik McDowell, was arrested on Monday, Jan. 17, in Broward County for allegedly exposing himself near a children’s learning facility and assaulting a deputy.

McDowell allegedly charged a police officer with a closed fist and started hitting the officer and striking the deputy in their right eye. McDowell continued punching the deputy and eventually fled on foot before being arrested after officers used a Taser on the football player.

The deputy reported a swollen eye and suffered an ankle injury that left the deputy unable to walk without assistance.

The 25-year-old McDowell was taken into custody and is facing several charges. Records show that he has been charged with aggravated battery on a law enforcement officer and resisting arrest with violence.

After appearing in court on Tuesday, he was given a $31,000 bond, for which he bonded out later in the evening. According to his attorney, Adam Swickle, he feels McDowell may have been slipped or given something that he did not know about, which could explain the bizarre behavior he was displaying when he was apprehended.

TMZ Sports posted a video of McDowell’s arrest. He is seen sitting down naked on the curb surrounded by police officers in the footage. He is then placed on a stretcher and then led away to be taken to the hospital.

“We are aware of the very concerning incident and arrest involving Malik McDowell and are in the process of gathering more information,” said the Cleveland Browns in a written statement. “We understand the severity of this matter and our thoughts are for the well-being of all involved. We will have no further comment at this time.”

McDowell was sentenced to 11 months in prison in 2019 after being involved in a disturbance with a police officer at a gas station. The video of that incident shows that McDowell, who refused to hand over his license to the officer, got tased after multiple warnings. Following his release, he signed with the Browns in May 2021.