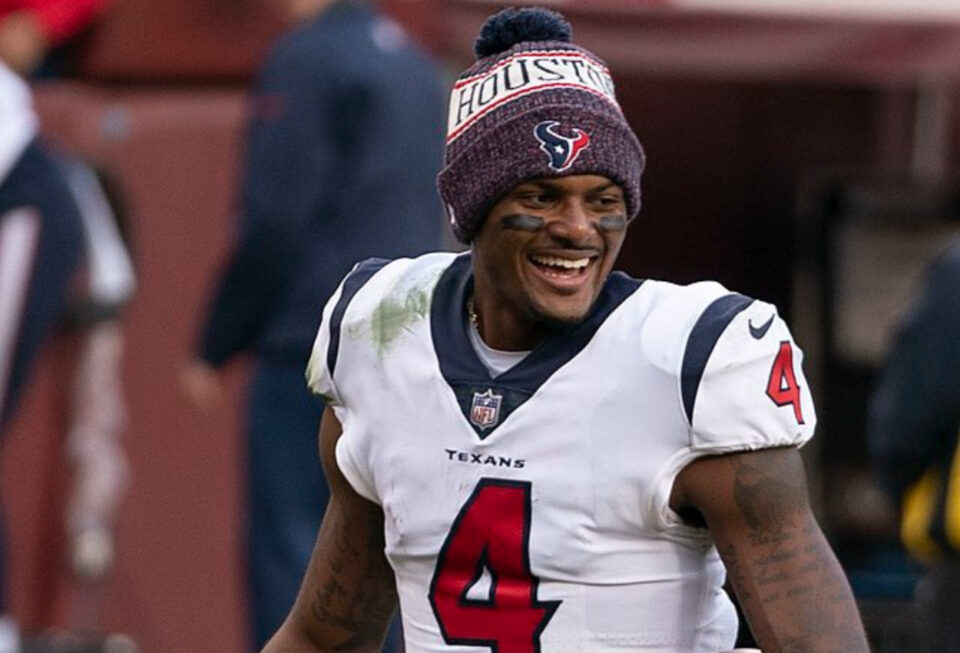 According to NFL.com, the polarizing football player has been suspended 11 games and will pay a $5 million for multiple violations of the league’s personal conduct policy

The announcement comes after the NFL and the NFL Players Association agreed to settle the disagreement over the length of Watson’s suspension as it headed toward arbitration. Watson must also commit to mandatory evaluation and treatment before having a chance to be reinstated.

The Cleveland Brown quarterback starts his suspension August 30. He will be eligible for reinstatement November 28.

“Deshaun has committed to doing the hard work on himself that is necessary for his return to the NFL,” league Commissioner Roger Goodell said in a written statement on Thursday.

The decision comes less than a week after the Cleveland Browns’ new quarterback stated he was willing to accept being suspended for eight games and paying a $5 million fine. It was offered after Watson was originally suspended for six games by Judge Sue L. Robinson. The NFL appealed her decision and Goodell appointed former New Jersey Attorney General Peter C. Harvey to hear the appeal filed by the NFL.

Robinson initially recommended that Watson be suspended for six games this season. The NFL wanted an indefinite suspension (for at least a minimum of one season) along with a $5 million fine.

As BLACK ENTERPRISE previously reported, Watson missed the 2021-2022 NFL season due to allegations of sexual misconduct by 22 women who provided massages during his time with the Houston Texans. Nearly two weeks after a grand jury refused to indict him, a second grand jury declined to indict him.

In March, Watson agreed to waive his no-trade clause with the Houston Texans to receive a five-year, fully guaranteed $230 million contract from the Cleveland Browns, a move that was widely criticized by fans and media.