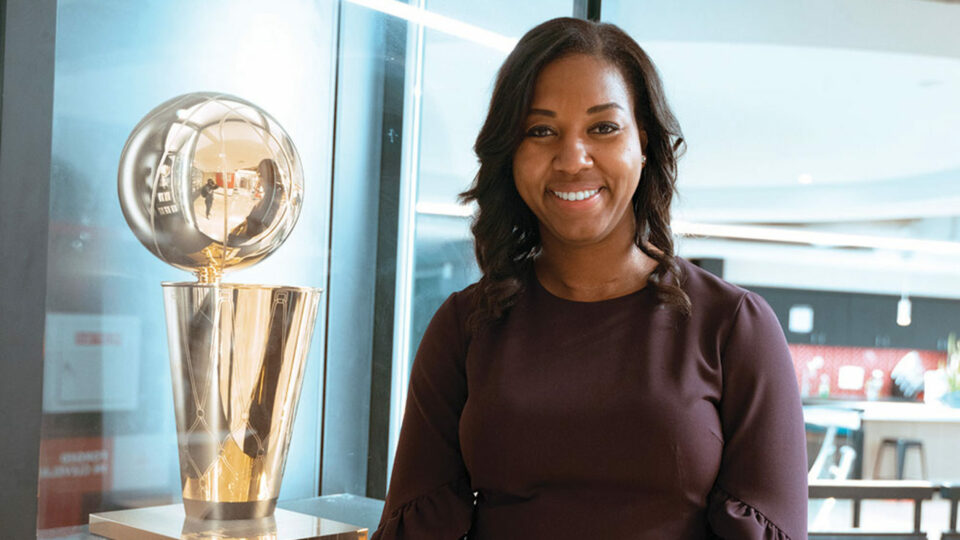 The Cleveland Cavaliers have named the first Black woman to serve as executive vice president and chief commercial officer for an NBA team, according to News 5 Cleveland.

Meet Shelly Cayette, the woman making monumental strides and looking forward to paving the way in her new role.

“Look, I’ve got to tell you—part of me would like to see the day when I’m not making history,” Cayette-Weston told Crain’s Cleveland Business’ Joe Scalzo. “It’s nice to know that I’m the first, but hopefully I can open doors so there aren’t any more firsts. The goal is to do away with firsts.”

Cayette joined the Cavs in 2012. She most recently served as the team’s senior vice president of global partnerships, and brings ample leadership experience into her new role. She will oversee all corporate and ticket sales revenue and strategy, sports programs, and membership sales and services. As chief commercial officer, Cayette also will oversee all revenue generation from corporate partners and ticket sales and service across the Rock Entertainment Group family of teams and properties.

This past November, Cayette was listed in Sports Business Journal’s 40 Under 40 class of 2021.

Congratulations to our own Shelly Cayette-Weston (Senior VP, Global Partnership) on being honored last night as a member of @sbjsbd‘s 40 Under 40 Class of 2021!

“Shelly Cayette is both a game-changer and a leader of the highest caliber,” said Nic Barlage, the Cavs’ president of business operations and Rock Entertainment Group chief operating officer, in a statement. “This promotion is a reflection of not only those qualities and the business success she has generated, but the person she is and how she has impacted so many other members of our organization, our community and our industry.”

A St. James, LA, native, Cayette played college basketball at Tulane University before embarking on her career as a marketing coordinator for Harrah’s Casino, in New Orleans. Her marketing experience led her to work for the New Orleans Hornets in 2007. Five years later, she moved to Cleveland to become the Cavs’ vice president of partnership marketing and strategy.