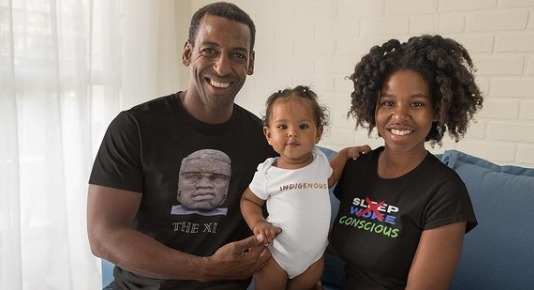 Sovereign Creed sells items such as t-shirts, hoodies, infant bodysuits, tanks, and sweatshirts. The apparel company simultaneously promotes strong messages that Black Americans are the “Indigenous Aboriginal Family (Xi-Amaru Tribe).” BlackNews.com reported that J. Randall, and his wife, Sharri Jones-Randall, are the founders of the apparel line that educates Black Americans about their indigenous roots in America. The couple’s product line is said to commemorate historical Black figures and invigorate the mind with provocative slogans.

“The majority of our ancestors were already here prior to Columbus,” Randall said to BlackNews.com. “It’s no coincidence that when you look at the treatment of indigenous people worldwide, they all share one common trait; melanin. It is imperative that we reclaim control of our content.”

According to the press release, the Texas-based couple reportedly learned history that is not taught in public school systems. It was also stated that “up to 90% of the ancestors of Black Americans were already in America prior to European colonization and the West African Slave Trade.”

A message on Sovereign Creed’s website stated that conversation is sparked by planting sovereign seeds that restore our values, habits, and traditions which will ultimately result in the resurgence of our people. It was also mentioned that Sovereign Creed’s ‘ideal supporter has a passion for the truth and fully overstands who we are as it relates to the fallacies of the current spectrum of Western World Influenced Society.’

“They appreciate and understand our plight in uniting our people and returning to our indigenous roots,” the website statement said.

Some other proponents have explored the topic of the presence of Africans in America before Columbus supposedly discovered America. COUNTERPUNCH said that in 1920, in the book Africa and the Discovery of America, Leo Wiener explained how Columbus noted in his journal that Native Americans had confirmed that ‘black skinned people had come from the south-east in boats, trading in gold-tipped spears.’ 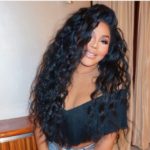 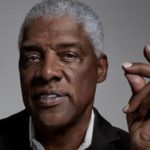 Julius ‘Dr. J’ Irving Explains Why LeBron James is Not an NBA G.O.A.T