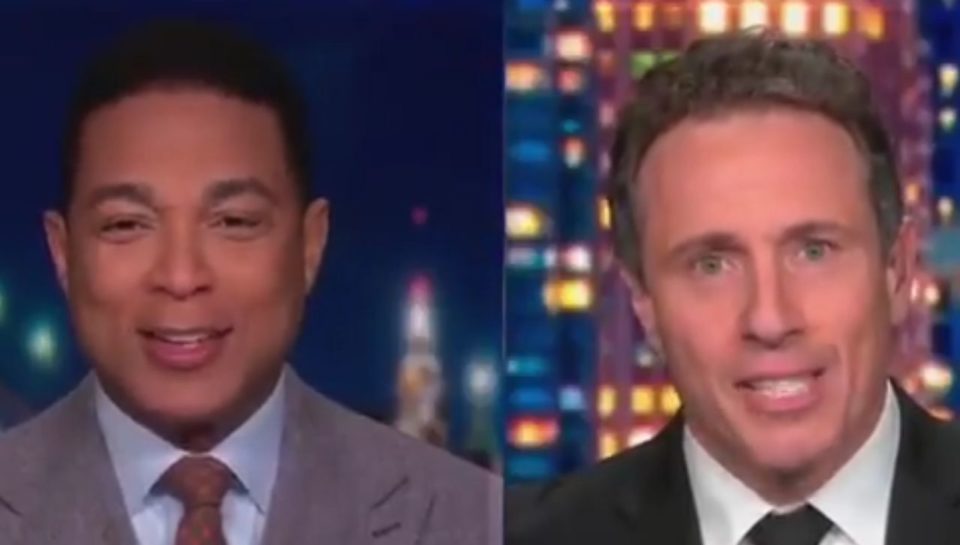 While calls for New York Gov. Andrew Cuomo to resign over allegations of sexual harassment continue, his brother, CNN’s Chris Cuomo is now also under fire.

During a conversation with fellow CNN host Don Lemon, Cuomo jokingly said to him “you know I’m Black on the inside.”

CNN offered its own rendition of the Good Times theme song.@DonLemon: “How do you know the words to Good Times?”@ChrisCuomo: “You know I’m black on the inside.” pic.twitter.com/Uc3NvOOIrN

Chris Cuomo was obviously joking and I think it is wonderful that he knew all the words to the song.

Seems to me that the only ppl who are “outraged” about Chris Cuomo saying he was black on the inside, are white ppl 🌚 pic.twitter.com/JtBFOclNDI

Difficult to understand what it’s like to be black unless you are black.

Difficult to accept wage increase unless you make minimum wage.

Difficult to understand Public Assistance unless you are poor

Chris Cuomo says “you know I’m Black on the inside” to Don Lemon as he sings the Good Times theme song.

DID CHRIS CUOMO JUST SAY HES BLACK ON THE INSIDE?? MF?? pic.twitter.com/D7BZ2usA9r

@ChrisCuomo just said he was black on the inside. This spoilt, entitled guy raised in money and privilege, who is only on tv because of his surname.😡

@ChrisCuomo and @donlemon singing #goodtimes like Chris say he’s black in the inside Love ❤️ it 😂✊🏾 pic.twitter.com/6A8FMa5ZZN