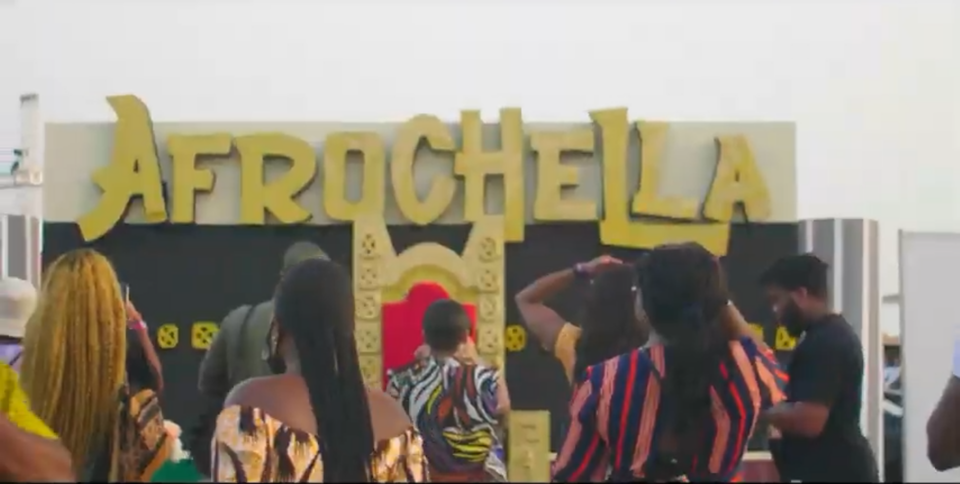 The organizers behind Coachella are suing the founders of a Ghanaian music festival named Afrochella. (Screenshot: Youtube)

Goldenvoice, the organizers behind the Coachella Valley Music and Arts Festival, are suing the founder of Afrochella, an African music festival based in Ghana.

Rolling Stone reports that the lawsuit was filed Wednesday in a California District Court and comes three years after AEG (which owns Goldenvoice) issued a warning to Afrochella organizers about infringing on the festival’s trademark.

“Regardless of the celebration or event, your use of Afrochella as the name of a music and arts festival is highly likely to create a likelihood of confusion and mistake as to the affiliation, connection, or association of you with AEG and with Coachella. In particular, the public is likely to believe that you are authorized by, or affiliated with, AEG or Coachella. In fact, you have even admitted that your event name and your event were inspired by Coachella. Similarly, comments to own your own Facebook page comment that your festival name is merely trading on the goodwill of the Coachella mark,” AEG wrote in 2019.

According to the Afrochella website, the festival was designed to highlight Africa’s millennial talent through an interactive event that teaches, explains, and explores various cultures through a pioneering approach.

Afrochella was canceled in 2020 due to the COVID-19 pandemic, but the festival took place in Ghana in 2021 and this year’s festival is set to take place December 28 and 29 at El Wak Stadium in Ghana. Additionally, Afrochella is set to expand to South Africa and organizers have begun hosting events in the U.S., which prompted the lawsuit by AEG.

Coachella, meanwhile, held its first festival in 1999, which featured Rage Against The Machine, and was attended by 25,000 people. The festival took a year off in 2000 but came back as a one-day festival in 2001 and has been a multi-stage, two-day festival ever since.

This isn’t the first time Coachella has sued a festival over the name “Chella.”  In 2016, the festival organizers sued the underground festival dubbed Hoodchella.

In addition to the similar names, AEG claims in the suit that Afrochella organizers have attempted to patent both “Coachella” and “Chella” in Ghana, and Afrochella’s logo uses a nearly identical font as the Coachella festival.

“Not simply content to imitate and attempt to trade on the goodwill of Chella and Coachella, Defendants even went so far as to apply in Ghana to register Coachella and Chella as their own trademarks, using the exact same stylization as Plaintiffs’ registered Coachella (stylized) mark,” the lawsuit states.

In the suit, Goldenvoice also provided social media evidence showing users confusing the two concerts and tweets showing that Afrochella organizer Edward Elohim attended Coachella in 2018 and admitted that the festival inspired the Ghanaian music festival. The suit also noted that the Afrochella website is a North American-based domain, which helps it attract a U.S. audience.

AEG is seeking more than $100,000 for claims of cybersquatting domain names, and an immediate restraining order on the Afrochella name.