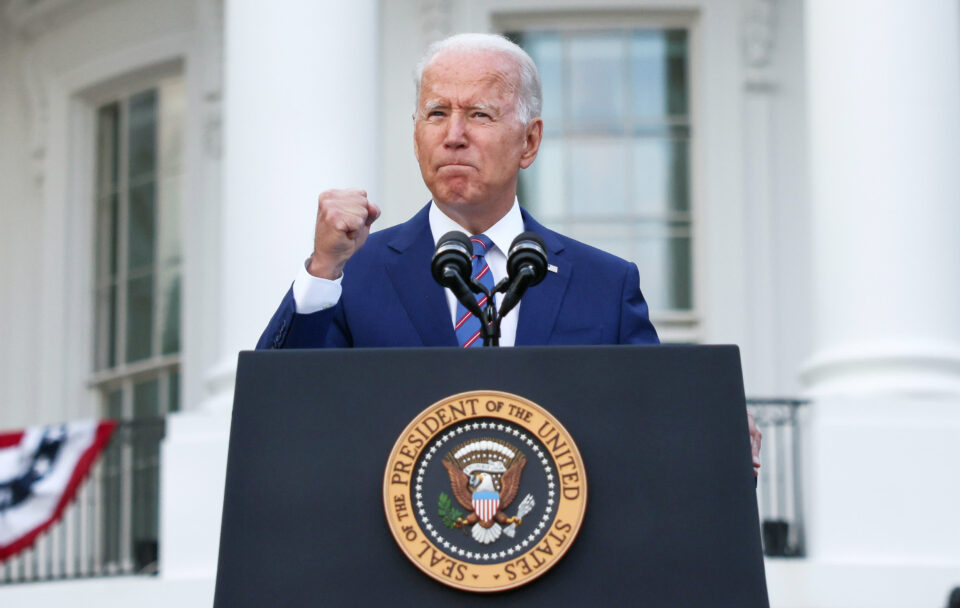 A cadre of voting rights organizations in Georgia announced they would boycott President Joe Biden‘s trip to the Peach State and speech on voting rights.

According to CNN, Cliff Albright, the co-founder of Black Votes Matter, along with the representatives of several Georgia-based voting rights groups, is urging the president to stay in Washington if he and Vice President Kamala Harris do not have a clear plan or path to passing a comprehensive voting rights bill.

“We don’t need even more photo ops. We need action, and that action is in the form of the John Lewis Voting Rights (Advancement) Act as well as the Freedom to Vote Act, and we need that immediately,” Albright told reporters on Monday.

While several state-based groups are boycotting the event, others, including Jesse Jackson, Rev. Al Sharpton, Marc Morial, president of the National Urban League, and Derrick Johnson, president of the NAACP and many others, will be attending.

The decision by the groups to boycott Biden’s speech shows the risk to the Biden administration and Democrats if they fail on voting rights legislation as the 2020 midterms draw closer.

Voting rights groups and advocates have watched as Republican-led states have passed numerous voting restriction bills while the Biden administration continues to shame the party in speeches but have done little else. Two bills that would outline voting rights for all Americans have stalled in the Senate. Additionally, Sens. Joe Manchin and Kyrsten Sinema have said they will not support changing the filibuster rule needed to end debate on a bill, leaving activists frustrated.

After saying he doesn’t support changing the filibuster, President Biden has begun to show some flexibility. However, he hasn’t specified the parameters for the changes or laid out his reasoning in extensive detail. His speech Tuesday will provide more details on his plan.

Since taking office, Biden has given several speeches on the importance of voting rights legislation. However, they’ve done little to move the needle, and voting rights advocates are beginning to see it as nothing more than lip service from a president full of broken promises.

The groups say they will continue their work and outreach to minority voters in the state and across the country. They are also planning a response to Biden’s speech.

“We beg you to stay in Washington tomorrow because we don’t need you here in Georgia,” Nguyen said.

“We need legislation that will ensure that our democracy accurately reflects the growing diversity of this state and of this country. Mr. President and Madam Vice President, we beg you to ground that plane the same way that we continue to beg you to ground the planes of so many of our community members who are being deported because we still lack a pathway to citizenship.”