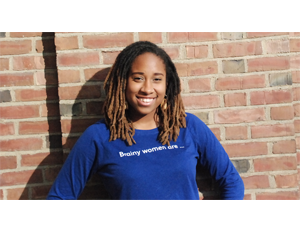 A new project focused on getting more girls interested in coding, #CodedwithLove, was announced this week as the result of Google’s Â Made with CodeÂ initiative.

The coding project invites students and instructors to code a digital heart and then share a message on what love means to them. This is an introduction to coding and no coding experience is needed to take part.

Made with Code also announced five of its newest Made with Code role models. These are young women who are using computer coding to problem solve and make a positive impact on their communities.

One of the new role models is Kaya Thomas–a Staten Island native and a Dartmouth junior. Kaya created the “We Read Tooâ€ app to make it easier for people of color to find books written by and about other people of color.

She was motivated to make the app because, as a voracious reader since a very young age, she was always disappointed with the lack of books promoted and displayed that were written by people of color or that featured minorities as subject matters.

“Knowledge is power and coding is an outlet to create technology that makes positive impacts on communities,â€ says Kaya. 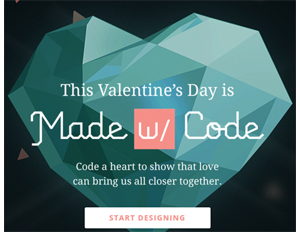