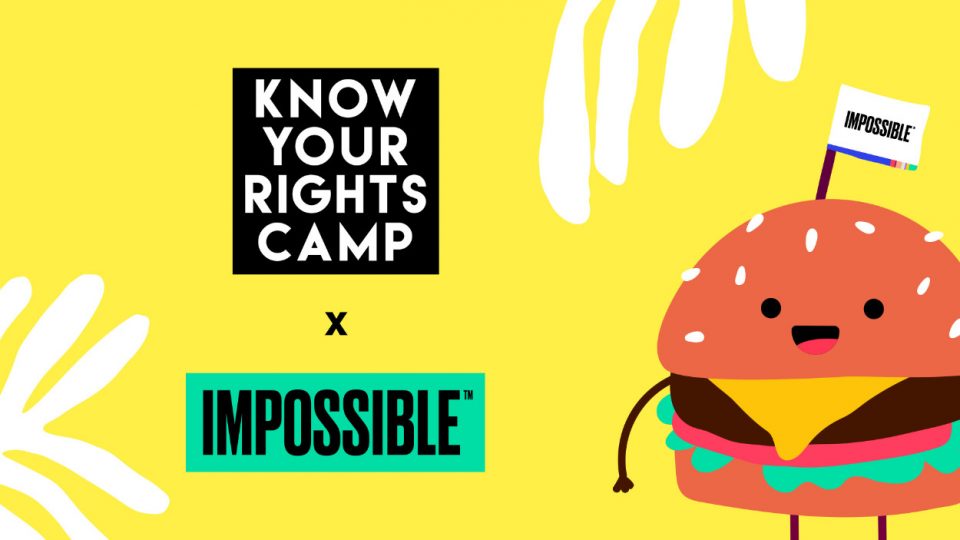 Impossible Foods has announced that it is collaborating with Colin Kaepernick and his Know Your Rights Camp to support food security and social justice throughout 2020.

The partnership between Impossible Foods and the Know Your Rights Camp commenced last week at the Cornerstone Missionary Baptist Church in the Bayview district of San Francisco, in conjunction with San Francisco Marin Food Bank and Al Pastor Papi food truck.

The initiative will have Impossible Foods donate to subsequent Know Your Rights Camp engagements in Los Angeles and New York, with more cities to be announced at a later date.

“Gaining access to healthy and affordable food should not be a challenge for residents of any community,” said Patricia Robinson, Director of Community Outreach, Know Your Rights Camp. “Know Your Rights Camp is committed to participating in changing the outcomes and disparities that currently exist for families, while we further grow awareness and acknowledge that maintaining good health and nutrition should not be selective for some, but should be experienced by all.”

Know Your Rights Camp is a program based in several cities that plans to advance civil rights through education, self-empowerment, mass-mobilization, and leadership. The organization was founded by Kaepernick who played for the San Francisco 49ers and gained worldwide attention by kneeling during the national anthem to protest social inequality and police brutality. He started the camp in 2016.

Since the start of the coronavirus pandemic, Impossible Foods has provided relief to over 750,000 people who were experiencing the need for food. The company is on track to donate plant-based meat to feed at least 1 million people this year.

Impossible Foods began donating plant-based meat to food banks in 2018. After the coronavirus hit the states in March, the company started donating 10,000 pounds of plant-based Impossible Burger on average per week. They distributed it during the spring and early summer to help nourish the communities most affected by COVID-19, including people suffering from hunger and front-line medical workers and first responders.